Oh Ji-ho wants to be in TVXQ

Oh Ji-ho wants to be in TVXQ 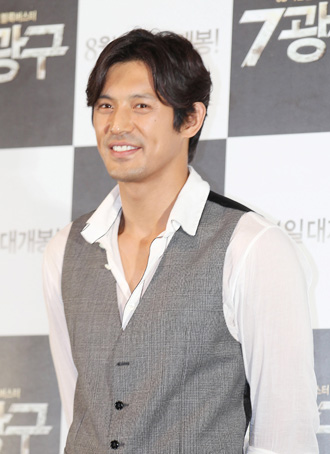 Actor Oh Ji-ho held a fan meet in Tokyo on June 2 titled “Beginning of a New Journey” and took to the stage by singing the song “I Am a Man” which he sang for the OST of the drama “Stranger 6.”
“This is the first time that I’ve sung in front of so many people, so excuse me if I was a little bit nervous,” explained Oh.

During the talking portion of the fan meet, Oh opened up about his latest productions.
“We are wrapping up production of ‘Gone with the Wind’ and it is set to hit cinemas in September,” Oh said.
Oh also briefly mentioned the drama “The Third Drama” in which he will star alongside Sooyoung from Girls’ Generation.

On the topic of idol groups, Oh was asked which boy band he’d most like to be in, if he was given the choice.
The 36-year old actor set the fans head a-spin by replying, “Super Junior seems like a cool group, but then I’d have to choose TVXQ as there are fewer members and I’d want the spotlight.”