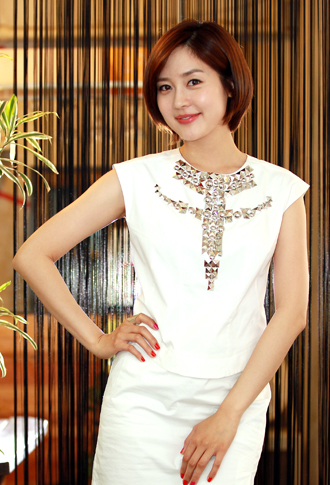 Actress Sung Yu-ri has been picked by the Korean Publishers Association as honorary ambassador for the Seoul International Book Fair June 20 to 24 at Coex.

Sung will begin promoting the international event in order to increase awareness and promote visits to the show in its 18th run.

“It’s an honor to be the face of the biggest book fair in Korea. I will give it my best for the success of the event,” said Sung, adding that she will take part in various activities to promote the event.

The actress who rose to fame from being in the ’90s idol band FIN.K.L has captivated audience in the MBC weekend drama “Feast of the Gods.”

The drama was based on Korean royal court cuisine and Sung played a hot-tempered yet compassionate chef named Go Joon-young.

The 31-year-old star is starring in the comedy movie “Detective Cha,” which opened May 30. In the film, Sung plays the role of a clueless fashion designer named Heo Young-gi.