[Sponsored Report] Ssangyong’s still got it

[Sponsored Report] Ssangyong’s still got it 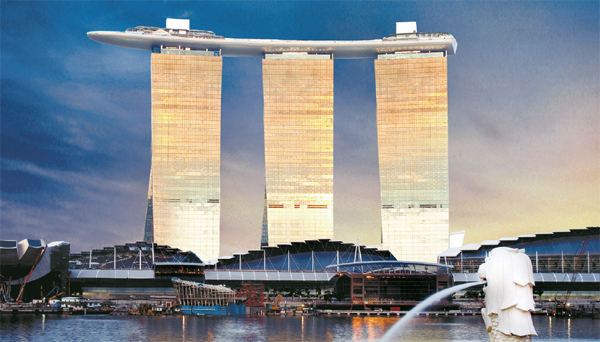 
Ssangyong Engineering & Construction received a Platinum Award and Gold Award from the Singapore Building & Construction Authority for increasing construction productivity through an innovative, temporary method to support the construction of the sloping tower of Marina Bay Sands Hotel and a new restrain and guide cable system (RGCS).

The awarding ceremony took place at Resorts World Sentosa in Singapore on May 24. The platinum-winning sloping tower technique is a temporary supporting method for sloping tower structures, which minimized the support needed to build the 52 degree, slanted hotel by setting up a wire in the inside wall to apply post tension.

The RGCS, which received the Gold Award, is used to access overhanging and slanting walls of structure to carry out external architectural work.

Ssangyong E&C also received the “Star” level, the highest level of the Singapore BCA Green and Gracious Builders Award, which is bestowed after a positive evaluation of environmental friendliness and safety of all undergoing constructions in Singapore.

The Singapore BCA Awards are given to companies overseeing completed or in-progress constructions. The awards committee reviews the companies in eight categories that include physical structure, management, building technology, environmental friendliness and safety. They are the most prestigious awards in the entire Singaporean construction industry.