Gangnam smoking ban takes some getting used to

Gangnam smoking ban takes some getting used to

Workers from the Gangnam District Office issue a ticket to a man caught lighting up in the non-smoking area in Gangnam, Seoul, on Friday. As the Seoul Metropolitan Government began enforcing its smoking ban in the Gangnam District, violators caught smoking and the staff tasked with regulating them clashed in the southern area of Seoul. By Oh Jong-taek


About 3 p.m. on Friday on Gangnam Boulevard in Seocho District, a woman in her 20s pulled out a cigarette and lit it under a sign with information detailing the new smoking ban policy. 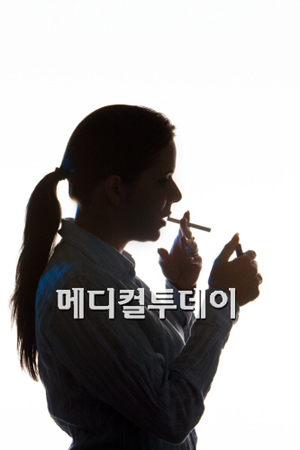 The woman put out the cigarette in a hurry.

“I really didn’t know, sir,” she said. “Could you please give me one more chance? My parents don’t know that I smoke.”

As the Seoul Metropolitan Government began enforcing its smoking ban policy in the Gangnam area Friday, violators caught smoking and the staff tasked with regulating them tussled in the southern areas of Seoul.

The designated areas are some of the highest-traffic pedestrian regions in the country, with an average of 120,000 people visiting during the week and about 2 million people on weekends.

During the first weekend, the Gangnam area under the Seocho District Office’s jurisdiction saw a total of 114 violators caught and 6.05 million won in fines imposed.

“The number actually has improved very much,” Park Yong-geol, a spokesman of the Seocho District Office told the JoongAng Ilbo. “When the regulation was in the grace period, 300 people were caught every day. The number tends to go down during weekdays but rises again during weekends because more people visit the area.”

The citizens, however, complained about the regulation because the two district offices apply different rules, especially for the penalty issue. “I know about the rules, but they should standardize the fine,” a college student surnamed Hong, 24, said.

The two offices also have shown different attitudes toward the regulation.