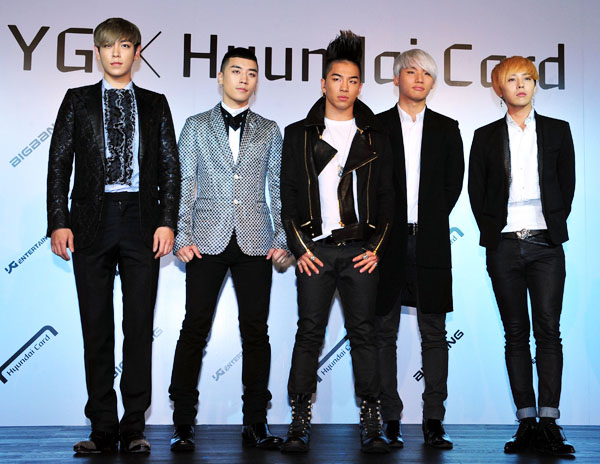 
Boy band Big Bang made it into the top 30 on the U.S. iTunes’ Album Chart yesterday, a very first for Korean artists.

No Korean band had ever made it into the top 100.

Big Bang’s album “Still Alive” was released Sunday and landed at No. 30 on the list. Topping the list was John Mayer, with Adele No. 2.

“Alive” was released on Feb. 29 and has been at the top of a number of music charts both nationally and internationally.

Earlier in March, the EP beat out Pink Floyd and Estelle to reach the fifth spot on the iTunes top 10.

The six-song EP also went to No. 4 on iTunes’ Canadian chart.