The reality the North must confront

The reality the North must confront 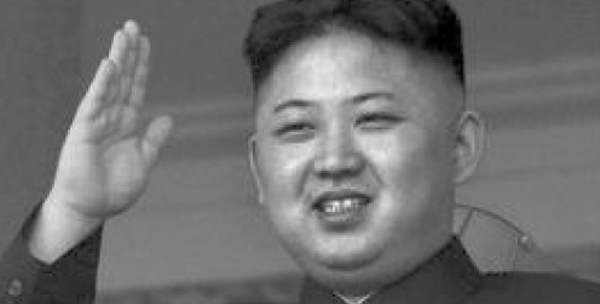 North Korea’s constitution begins, “Democratic People’s Republic of Korea is a socialist motherland of Juche that realizes the philosophy and guidance of great leader Kim Il Sung and dear leader Kim Jong-il.” The first line of the Workers Party bylaw, which has higher authority than the constitution reads, “The Workers Party of Korea is a party of great leader Kim Il Sung.” Among the 29 sentences of the bylaw, nearly all except for four emphasizes that the party belongs to Kim Il Sung and Kim Jong-il.

The flow of the public opinion is unusual. As Pyongyang has revealed its intention not to give up its nuclear program in any case, there are voices that we should acknowledge the failure of nuclear negotiation of the last 20 years and change the approach fundamentally. Politicians are discussing rearrangement of U.S. strategic nuclear armament in the South and independent nuclear program. They argue that Korea’s security is not guaranteed as long as North Korea has nuclear weapons.

There are different interpretations on the inclusion of nuclear possession in the constitution. It may be an action to strengthen domestic foundation for Kim Jong-un, and since the constitution is subordinate to the party bylaw, the constitutional revision may not be a significant change. Rather, Kim Jong-un’s intention and remarks are more important.

This view certainly has a point, but considering the negotiations in the past, things are quite different. The United States and Korea turned a blind eye when North Korea’s nuclear development practically ended the non-proliferation declaration of 1992. As long as Pyongyang attended the negotiation, Washington and Seoul considered it a “progress” even when North Korean conducted two nuclear experiments.

After North Korea expressly stated its nuclear possession, a reader sent me a lengthy email. He pointed out that the easy-going negotiation style should be changed. He also criticized the remarks of the former president that North Korea has no intention or ability to make nuclear weapons and North Korea would give up nuclear program if the South provides economic assistance.

These opinions are reflected in real actions. A noticeable development is that a movement to change North Korea’s system to democracy as a means to resolve the nuclear tension is being openly discussed. On June 1, the idea was proposed at the Jeju Forum of Korea, China and Japan.

While North Korea follows the models of India, Pakistan, and Israel, these countries are different from North Korea. They are open societies. As long as North Korea adheres to nuclear possession, international pressure for nuclear abandonment and democratization will only grow. In North Korea, there are 20 million people who may explode when applied external energy. North Korea’s new leader must look straight at the reality that its nuclear strategy may bring down its system instead of strengthening the power.

*The author is a political news reporter at the JoongAng Ilbo.