Lights go out for most PV cell makers

Lights go out for most PV cell makers 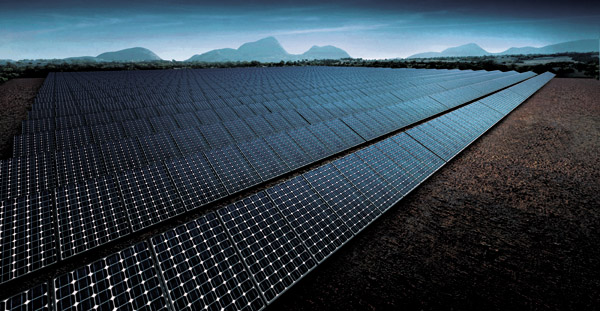 Among the nation’s nine photovoltaic (PV) cell manufacturers, Shinsung Solar is the de facto last man standing after the others were either sold or folded in the last two years due to shrinking demand exacerbated by the euro zone crisis.

A handful went bankrupt caused by a supply glut, with Millinet Solar and Jes Solar shutting down their businesses last year. Others sought buyers, with Kyungdong Group selling its photovoltaic module production line in North Chungcheong to Shinsung Group in 2011. Photovoltaic module manufacturer Symphony Energy is up for sale now.

Industry observers said the companies invested heavily to expand their facilities in the years prior to the global credit crunch, and several new players threw their hats in the ring in 2007 when demand seemed boundless and green energy was being touted as a new growth engine in Korea.

However, this resulted in chronic oversupply and prices of polysilicon, a core material in the photovoltaic industry, declined significantly. The material was selling at around $80 per kilogram at the end of 2010, but it slipped to $24 on May 30, the latest date for which figures are available.

“Supply was already outstripping demand, but the fiscal crisis in the euro zone served as the final nail in the coffin for many companies as Europe represents the bulk of the global PV market,” said Shin Hyun-joon, a Seoul-based analyst at Dongbu Securities. “To make up for the losses, demand from the U.S., Japan and China would have to double.”

It originally planned to build a polysilicon plant capable of producing 20,000 tons a year in Gunsan, North Jeolla, by investing 1.6 trillion won ($ 1.3 billion). It also planned to ramp up capacity at its Saemangeum plant in North Jeolla to 86,000 tons from 62,000 ton based on an investment of 1.8 trillion won by end of this year.

But the plan imploded after polysilicon prices plummeted from $80 per kilogram at the end of 2010 to $24 on May 30. Hit hard by the evaporating profit margin, OCI’s operating profit for the first quarter of this year stood at 101.8 billion won, marking a drop of 75 percent from the previous year.

Industry insiders said local photovoltaic makers are facing even more of a squeeze due to price competition from Chinese companies.

Industry insiders said the companies gambled on massive investment programs to increase production based partly on their anticipation of government policies, but in most cases lost.

According to the Export-Import Bank of Korea, global production capacity of PV cells stood at 50.9 gigawatts in 2011 as second-tier companies started building extra manufacturing facilities. However, only 27.8 gigawatts were consumed last year.

Some industry insiders point a finger at Beijing for giving its PV cell makers subsidies equivalent to 159 billion yuan ($24.9 billion) last year alone. This started a chain reaction that led to the price of PV materials dropping 30 percent, they said.

The price of a solar PV module, which accounts for 50 percent of the per-unit cost of a PV installation, fell from $1.6 early last year to $0.8 per watt as of May 30.

This caused Hyundai Heavy Industries, LG Electronics and Samsung SDI, which all produce the modules, to see slowed growth.

Meanwhile, the falling price of polysilicon dubbed the “rice of the solar industry” also hammered the bottom lines of OCI, KCC and Woongjin Polysilicon, all local manufacturers.

Oversupply has driven down prices of PV-related materials, forcing many small- and medium-sized domestic makers to restructure to stay afloat. According to the Korea Photovoltaic Industry Association, 210 M&As were conducted in the global industry last year.

But many have fallen through the cracks.

Solyndra, a company that U.S. President Barack Obama praised as representing a bright spot in the future of the U.S. economy, filed for bankruptcy last August.

First Solar, the world’s No. 1 PV cell maker, is slashing its work force by nearly a third as it contends with a solar-panel glut. LDK, a Chinese firm and also the world’s No. 2 maker of ingot and wafers, is letting go of most of its junior workers with less than three years’ experience.

Hyundai Heavy Industries has already abandoned its plan to build the world’s biggest solar power plant in Arizona, and KCC has not decided whether it will resume operations at its polysilicon factory in South Chungcheong, which has been suspended since December. Before the latest crisis hit the industry, KCC planned to triple annual production capacity at the plant to 18,000 tons.

Meanwhile, LG Chem has suspended a plan it announced last June to build a 500 billion won plant capable of producing 5,000 tons of polysilicon a year.

Market observers foresee the situation righting itself at the end of next year.

“Production and consumption is expected to balance out at 40-something gigawatts in 2015,” said Kang Jung-hwa, a senior researcher at the Industry and Overseas Investment Research Office, which operates under the Export-Import Bank of Korea

Market observers predict that only those companies in possession of leading technology ? and which have strong economies of scale ? will survive.

“Only companies with vertically-integrated solar power production processes will make it,” said Lee Jeong-heon, an analyst at Hana Daetoo Securities. “Those that fail to narrow their production costs will get left behind.”

Korean conglomerates like Hanwha and Samsung, both of which have vertically-integrated solar power production operations, are continuing to pour money into this field despite the unfavorable business conditions as they see the less-well-funded competition thin out.

Hanwha Group Chairman Kim Seung-youn said in his New Year’s address that “the company will rise as a global corporation through its solar business, but heavy investment is a prerequisite to make this happen.”

“We will make our manufacturing process vertically integrated ? from polysilicons to ingot, wafers, PV cells and modules ? as we bid to become more price competitive,” said Choi Gyu-dong, a senior official at Hanwha.

Samsung Group has designated renewable energy as one of its top-five new growth engines.

Samsung Fine Chemical is responsible for making polysilicon, while Samsung Corning Precision Materials produces ingot and wafers. Samsung’s other affiliates, including Samsung SDI, make solar PV modules and cells, and Samsung Everland is in charge of building solar power plants. They are all operated by Samsung C&T.

Samsung Fine Chemical established a joint venture called SMP with U.S. silicon maker MEMC. It said it plans to produce 10,000 ton of polysilicon annually from the first half of next year.