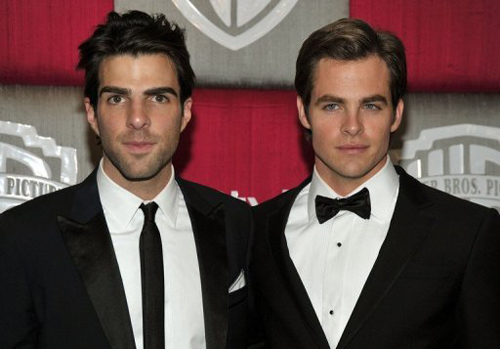 LOS ANGELES - The actors who played Capt. James T. Kirk and Spock in the 2009 film reboot of “Star Trek” will give voice to those characters in a video game based on the beloved science fiction franchise.

Paramount Pictures and Namco Bandai Games America announced on Tuesday that Chris Pine and Zachary Quinto will reprise their roles from the film directed by J.J. Abrams.

“We are thrilled to have these incredible actors lending their voices to the legendary characters of Kirk and Spock in the video game realm,” said LeeAnne Stables, head of Paramount’s video game unit.

“Players are in for a truly authentic experience.”

The “Star Trek” video game is scheduled for release early next year, with versions tailored for play on Xbox 360 and PlayStation 3 consoles as well as on personal computers running Windows.

“There are certain elements at the core of ‘Star Trek’ - insurmountable odds, exploration, villains like the Gorn and heroes like Kirk and Spock,” said Carlson Choi, Namco vice president of marketing.

“Our goal is to pull gamers as deep into the ‘Star Trek’ universe as possible, and an integral part of that is the talent that makes these characters their own.” AFP