“We Got Married” to come back

“We Got Married” to come back 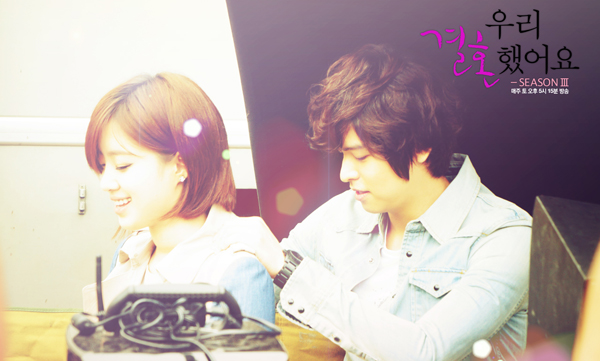 MBC’s hit mock reality show “We Got Married” is set to come back on air from June 16.
According to the network on June 4, the program has been slotted back in the TV schedule.

“From the 16th, the program will return to TV. The head of department orchestrated the whole thing and we recruited the help of external agencies to get the show going again,” said the MBC personnel in regards to the program that stopped airing in April following a combined networks’ union strike.

Fans are delighted at the news and at the prospect of seeing couples like Super Junior’s Leeteuk and actress Kang So-ra and actor Lee Jang-woo and T-ara’s Eunjung.
By Carla Sunwoo [carlasunwoo@joongang.co.kr]