Top: Yaro Abe signs his autograph during an interview with the JoongAng Sunday. Abe never shows his face to the public. Above: A still from the MBS/TBS adaptation of “Late Night Diner”

The stories take place at a diner that opens at midnight and closes at 7 a.m. Its patrons include a yakuza, an unsuccessful actor, a hostess and a stripper who all gather after a long day of work. They banter and order food - the chef usually cooks anything requested - while recovering from a stressful day on the job.

Comics are extremely popular among Korean youth, usually accessed on “Web toons,” or comic strip Web sites. Abe’s latest work has sold over 300,000 hard copies on the peninsula and was even adapted into an MBS/TBS drama that wrapped up its second season in December. The show casts Japanese actor Kobayashi Kaoru as the Master, the head of the diner.

Abe, who refuses to show his face to the public, sat down with the JoongAng Ilbo on the condition that no photos be taken. Yet he is far from timid, giving off an aura of amiable confidence and easygoingness.

The manga creator talked about his approach to “The Late Night Diner” and said he doesn’t know how the Japanese comic became so popular in Korea. The following are excerpts from the interview.

Q. Why do you refuse to show your face to the public?

A. I do not want to disappoint them. Instead, I appear several times in the manga. When I was young, it was common for authors to appear in their books. Although this is difficult to find these days, I thought the old-fashioned style might be fun to see today.

The Master makes all kinds of food that his customers request. How did you come up with this concept?

I wanted to avoid the typical “cook cartoon” story line. The late-night idea came from a song that I was listening to when I was brainstorming. Since each episode has a different story, making new food in each episode seemed necessary. If there is a particular set menu, the possible story line becomes very limited. The book avoids this from happening through the Master character.

Was there a figure in your life who inspired the Master character?

I met an owner of a bar once and he was wearing samue [work clothing for Zen Buddhist monks]. That is where the Master’s outlook came from. The Master’s inactive characteristics also came from that owner who did not seem too passionate about bringing more customers into the bar. The Master listens carefully to what the customers have to say, but other than that, he doesn’t do much.

What do you think attracts Korean readers even though it contains Japanese foods and traditions?

That is a great question. I heard they are making a musical from the book, too. It is difficult to imagine that younger people in another country read the books that an old man like me writes. My books originally targeted male readers in their 40s and 50s in Japan. I honestly do not know the answer to your question.

Perhaps the simple homemade food and common people’s lives that the readers can easily relate to attract the readers. What do you think?

When I write comic books, I think about what I want to read and see. But it is also important to write something that the readers can relate to. The communication between the author and the readers is very crucial. As the author, I do not try to convey a particular message to the readers through the books. But through the story of simple homemade food and everyday life, I want the readers to be able to connect and feel as though they are not alone. 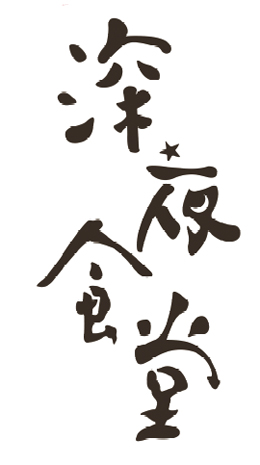 Do the foods appearing in the book have any special meaning to you?

The foods in the first episode are what I often enjoy eating - leftover food and baked sausages. The part where the Master cooks buttered rice reminded me of my childhood.

I did not know that Koreans ate it, too. I met a person at a restaurant who told me his childhood story of when butter was expensive. He wanted to taste the butter, but his father was the only one allowed to eat it because it was too expensive. It is one of the foods with a simple recipe and a delicious taste.

Isn’t it difficult to come up with different homemade foods in each episode?

As you can tell from buttered rice, the foods that appear in the book are not meant to be dishes. Dishes that are difficult to cook seem inappropriate in my books. I try to think of something that is easy to find during the day but hard to find at night, like toast and fried eggs. Eating fried eggs after midnight is not something we all do, but it’s possible.

Do you believe that food can strengthen relationships between people?

No, I have never thought that. Food in the book was simply used to help the story continue. Actually, I do not want the food to be something to inspire characters to change or find answers from. We often hear of stories where certain people’s lives completely change through cooking or eating something. This is a lie, don’t you think? It may be possible, but I do not want to write those fake stories.

Each episode seems too short. It feels like they skip over too many details.

My original plan was 10 pages per episode. The plan has not changed. If we eat too much of our favorite food, we get tired of it quickly. The same principle is applied. I don’t want the readers to feel too full when finishing one episode. This way, they will be hungry for more.

Ironically, your stories have been called “touching” and “heavy,” even though you did not try to make them that way. How do you feel about that?

The book contains very light stories. If my goal was to make it touching, I should have used different methods of writing. Whether the story touches the readers’ hearts or not depends on how the readers perceive the story.

Adding more elements that make the story heavier will help make it more touching and sensitive to the readers, but this will make the readers too full by the end of the book.

I want them to be lightly fed by each episode. Ending the story right before they start feeling full is what I want. Most Hollywood movies or Korean dramas seem to force the audience to be touched. I do not want that in my books.

How did you become a comic book writer?

How do you brainstorm when connecting the character to a dish and to their stories?

When creating a character, I try to be in his or her situation. This naturally creates appropriate facial expressions and appearances. Instead of focusing too much on the story line, I try to think and see things from the characters’ perspectives. When I understand what each character might be going through in life, the story line just naturally flows.

There are numerous Japanese comic books that have been published for many years. What makes this possible?

This is because the readers age with the books. In other words, when a person becomes a fan of a comic book in his 30s, he reads it for 10 years until he becomes 40. Younger readers change their favorites very quickly. However, adult readers tend to keep their favorites for years, and those books have to continue publishing.

Is there any Korean food you want to appear in your book?

I have not found any Korean food that can be easily cooked in an average Japanese home. Kimchi has appeared once, but did not attract the readers’ eyes. When the readers find a dish that they know of but are not attentive, it just disappoints them and ruins the picture of the page. Perhaps when I become more familiar with Korean food and am confident in drawing it accurately, I will try.