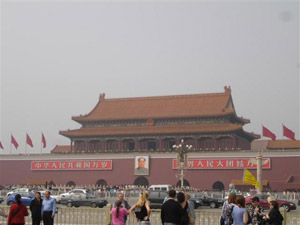 BEIJING - Chinese President Hu Jintao said yesterday there is no other way but dialogue to solve the North Korean nuclear issue.

At a joint written interview with foreign media outlets before the opening of a China-led regional security forum in Shanghai, Hu said the six-party talks are the right channel to discuss the North’s nuclear issue.

It is the first time China’s top leader stressed the negotiations since the North’s botched long-range missile launch prompted international condemnation and fresh sanctions by the United Nations Security Council.

The six-party talks, chaired by China and attended by the two Koreas, the U.S., Japan and Russia, have been stalled since the North’s withdrawal in April 2009. The prospect of a resumption was raised briefly after the North agreed with the U.S. to suspend some nuclear activities and missile for food aid. The North broke that agreement with the missile launch.