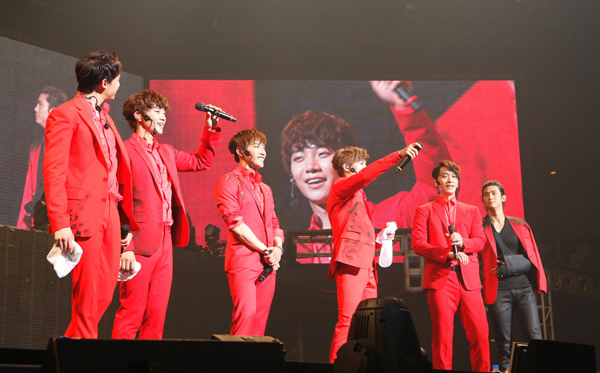 
Boy band 2PM released both its fourth single “Beautiful” and a live concert DVD on June 6. The band’s single sold more than 73,529 copies on the day of its launch and managed to come in at second on Oricon’s Daily Singles Chart.

Meanwhile, the DVD entitled “Arena Tour 2011 — Republic Of 2PM,” also launched on the day, came first in the music DVD segment of Oricon’s Daily Chart and second place in the Combined DVD Chart.

The feat of the boy band comes after it had successfully wrapped up its “Six Beautiful Days” concert in Japan.
2PM performed on May 24 and 25, and then from the 28th until the 31st.
It was the first time a Hallyu band had performed at the Budokan for six consecutive shows.

To mark the launch of “Beautiful,” the band will hold a “Hi-Touch” event in Osaka on June 9 and then again in Tokyo on June 16.
Meanwhile, on June 23, the band will perform at the MTV Video Music Awards Japan 2012.
By Carla Sunwoo [carlasunwoo@joongang.co.kr]