TVXQ to JYJ, K-pop to K-drama, Park Yu-chun does it all

TVXQ to JYJ, K-pop to K-drama, Park Yu-chun does it all 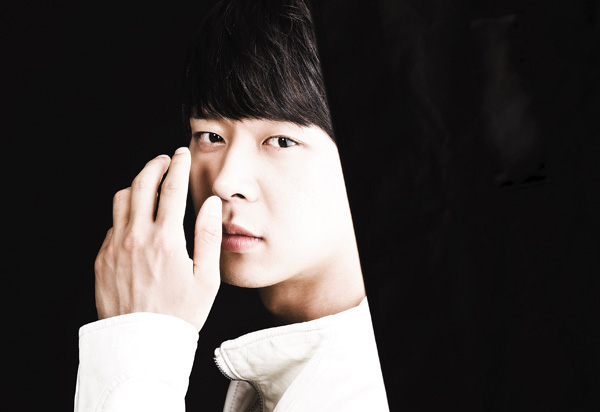 Park Yu-chun, star of the SBS drama “Rooftop Prince,” rose to fame with the K-pop group TVXQ before splitting off with two other members to form JYJ. By Kwon Hyuk-jae


K-pop stars come and go, with only a handful staying on the scene in the long run. Park Yu-chun, also known as Micky Yoochun, is among the rare few who emerged almost a decade ago and still cause traffic jams every time an appearance is announced.

The 26-year-old member of JYJ has made it in both the K-pop and K-drama markets and proved he is still among the hottest stars with the success of the recent SBS drama “Rooftop Prince.” He won his second straight Most Popular Actor in a TV Drama award at the 48th Baeksang Arts Awards earlier this year.

In the hit drama, Park plays a crown prince of the Joseon Dynasty, Lee Gak, who travels into the future to modern-day Seoul where he falls in love with Park Ha (Han Ji-min). Prince Lee, the only character who speaks in the Joseon-era style, is lost in and overwhelmed by the contemporary capital, yet his love for Park is unwavering. The JYJ star said acting in such a farfetched storyline was a challenge, but nonfictional aspects made the task a bit easier.

“While acting in this drama I was able to grasp how much Lee Hee-myung, the writer of the show, misses his wife after their split six years ago,” Park said. “This made it easier to comprehend the character and act more naturally.

“I felt really sorry and sad for Park Ha when I had to leave her behind to go back to the Joseon Dynasty. The story itself was more genuine and affectionate than modern-day love stories.”

The actor said that “Rooftop Prince” has a special place in his heart as well, as his father passed away in March while it was in production. If he ever gets an opportunity to travel in time, Park said he would go back to when he lived in America with his father.

Due to financial difficulties, Park and his family left for the United States when he was in sixth grade, where he helped his father work construction jobs.

“It was a tiring job,” Park said. “I looked for ways to get away with it at the time. But looking back, I think it was one of the good memories I have had with my father. If I knew it then, I could have made it a better memory for him too.”

He moved back to Seoul and joined SM Entertainment, the agency that backed his debut with TVXQ in 2003. It was with this K-pop group that Park rose to fame, touring across Asia and releasing single after single in Korea and Japan.

But it wasn’t all smooth sailing. In 2009, Park, Kim Jun-su and Kim Jae-joong of TVXQ filed lawsuits against SM Entertainment over contract disputes. The three split and formed their own band, JYJ.

Despite the drama surrounding his nine-year singing career, or perhaps because of it, Park’s fans have remained devoted and the star is still one of the most talked about idols in Korea.

His foray into television started with the KBS2 drama “Seonggyungwan Scandal” in 2010 and then followed up with MBC’s “Miss Ripley” in 2011. His starring in “Rooftop Prince” led to its phenomenal viewer ratings - the highest among all competing dramas.

“I try to forget about the pressure of acting well,” Park said. “I did not have to force myself to cry in ‘Rooftop Prince.’ Putting myself in the character’s situation naturally made me cry. I have a scratch on my face that I try to cover up with makeup when I act. But I quit doing that. Nothing should be hidden.”