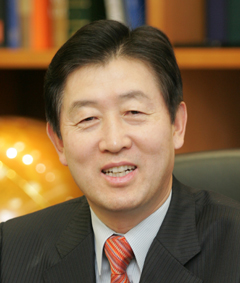 According to the tech bellwether, Choi will remain a vice chairman and also retain his seat on Samsung Electronics’ board of directors, while the outgoing head of the corporate strategy office, Kim Soon-taek, will leave Samsung. He has yet to decide his next career move.

“In his new position, Choi will concentrate his efforts on the promotion of future growth engines, while strengthening collaboration and synergy between Samsung affiliates,” said Samsung in a press release.

“With his past experience in the global market, Choi is expected to make strong contributions to long-term shareholders’ value.”

The reshuffle comes as Samsung Group Chairman Lee Kun-hee recently highlighted the importance of “innovative reform” to prop up the firm’s competitiveness. After returning from business trips to Europe and Japan last month, he expressed concern over Samsung’s long-term sustainability.

The 61-year-old Choi is “one of the most appropriate figures to cope with the changes in the global management environment amid rising tensions from the European financial crisis and ever-fierce corporate competition,” according to the release.

Having earned a bachelor’s degree in commerce and trade from Seoul National University, Choi joined Samsung C&T Corporation in 1977 and moved to Samsung Electronics in 1985. He became vice chairman in December 2010.

Jay Y. Lee, the only son of Chairman Lee, will remain COO and Yoon Ju-hwa will keep his post as the chief financial officer of Samsung Electronics.