A campus’s past embarrasses its students

A campus’s past embarrasses its students 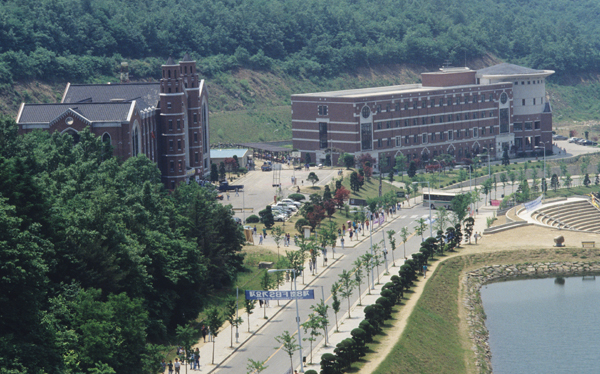 The Yongin campus of the Hankuk University of Foreign Studies in Gyeonggi, which has come under the media spotlight due to its alumni. [JoongAng Ilbo]


YONGIN, Gyeonggi - As the public continues to get gobsmacked from liberal politicians expressing pro-Pyongyang sentiments that sound like something out of China’s Cultural Revolution, students at Hankuk University of Foreign Studies have likewise been shocked to learn that their alma mater was a wellspring for far left student activists in 1970s and 1980s.

Located in a small village in Yongin city, Gyeonggi, the campus has come under a media spotlight due to its alums, who have been on the front pages of newspapers for the past few weeks displaying a depth of leftist fervor that the public hadn’t suspected. They include:

* Lee Seok-gi, a Unified Progressive Party proportional lawmaker-elect, who runs the party’s biggest faction, the pro-North Korea Gyeonggi Dongbu Alliance. Lee is in the process of being ejected from the party over a primary in March that was allegedly rigged in his favor.

* Wu Wi-yeong, spokesperson of the faction. 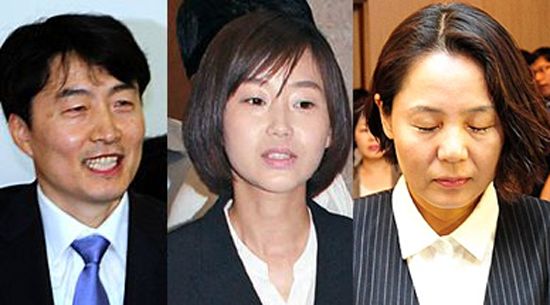 * Lee Sang-kyu, a UPP lawmaker representing Gwanak B District, southwestern Seoul, who recently said in a televised debate that he didn’t want to explain what he thought about North Korea’s dictatorial leadership and human rights abuses.

* Yun Won-seok, president of far-left Voice of the People.

* Lim Soo-kyung, a Democratic United Party lawmaker famous for illegally visiting Pyongyang to meet North Korean founder Kim Il Sung in 1989, who last week branded a 28-year old defector from the North a “traitor” in a shouting match at a Seoul restaurant.

Today’s generation of students say they’re simply embarrassed by those alumni and don’t remotely share their views about North Korea.

“We received numerous phone calls, especially from angry parents, asking if we were also pro-North activists,” Lee Hyun-seong, president of the student council, told the Korea JoongAng Daily. “Most of students on the campus are busying making preparations to find a job. We don’t have any interest in the UPP’s primary scandal or pro-North lawmakers. Our top priority is domestic problems on the campus, not social issues.”

The Weekly Chosun reported on May 14 that the campus was still working for the pro-Pyongyang Gyeonggi Dongbu Alliance and that the student council was connected with Lee Seok-gi’s CNP Strategy Group, a marketing and consulting company that is reportedly funding the UPP’s largest faction.

“We don’t have any connections with the CNP Group at all,” Lee said. “We don’t have any single civic group that we belong to. That report is definitely incorrect. To provide evidence, we are uploading our official bank account statement on our homepage.”

Some students worry the pro-North reputation of the school will harm their chances of getting a job.

“Most students don’t want to talk about this because it’s an embarrassment,” said Kim June-hee, a freshman in the Arabic Interpretation and Translation Department. “Some say they didn’t know that our campus was ‘that kind of place’ before, and even joked that they regretted coming here. I’m worried that my future job interviewers will ask me whether I’m one of those pro-North student activists.”

The university’s headquarters, located in Imun-dong, eastern Seoul, also expressed concerns about the media interest in its past.

“The reputation of the university has been dramatically growing domestically and internationally especially after U.S. President Barack Obama’s visit last March,” said Seo Jeong-min, dean of the public relation office of the university. “We are now worrying that the pro-North lawmakers issue will distort the university’s image. Graduates are concerned that they will be harmed by this.”

Political analysts say it’s true that the campus used to be a “Holy Land” for pro-North student activists, especially due to its location on the outskirts of Gyeonggi.

“Eastern Gyeonggi was one of the places that the Gyeonggi Dongbu [Dongbu means eastern] Alliance members actively protested,” Heo Hyeon-jun, a former pro-Pyongyang activist, told the Korea JoongAng Daily in a telephone interview. “In the 1960s and 1970s, there were small factories and shantytowns near the campus where laborers lived, and they produced a lot of labor activists. Public transportation ended at around 10 p.m. and students in boarding houses or dormitories gathered secretly to study North Korean ideology.”

“That culture has disappeared mostly, in other universities as well, because violent protests don’t have the same kind of role in a developed democracy,” Heo said.

“Under a military dictatorship, violent protests had public sympathy,” he continued. “But now, university students have many other ways to express themselves or criticize the government, like through social networking services. They have easy access to information because Korea’s democracy has developed into an open, transparent society. So they don’t need secret, violent activists anymore.”