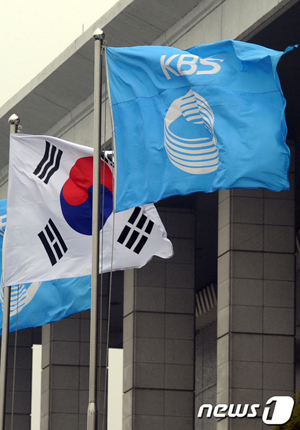 Ending a 94-day-long strike over government interference in news reporting, the new labor union of the Korea Broadcasting System (KBS), the state-run TV station, returned to work as of 5 a.m. yesterday.

In a meeting held of the union’s 67 representatives late Thursday, 53 agreed to end the strike.

“We are very sorry to have inconvenience the nation,” a spokesman of the union said after the conference. “We will try to produce unbiased news coverage, especially on political issues, and try to perform our role in the country’s important events, such as the 2012 Yeosu Expo and the upcoming presidential election, as the country’s state-run broadcasting system.”

The new union, one of two KBS labor unions, said it has been negotiating with the KBS management to stop political interference in its coverage and won two promises.

KBS will establish an internal watchdog committee that will monitor the fairness of news coverage, in particular for the presidential election in December, and it will also revive an investigative reporting team that had concentrated on reporting sensitive political issues.

The union was not able to clinch their biggest demand, the replacement of President Kim In-kyu, who became president of KBS in November 2009. The union has accused Kim of being a Blue House appointee who has put a pro-government spin on news coverage.

“We strongly felt that producing unbiased news coverage was as important as fighting for the president’s resignation,” Nam Cheol-woo from the public relations department of the KBS union told the JoongAng Ilbo. “The news coverage produced during April’s general election during the strike was nothing but pro-government content.”

The end of the KBS strike may affect ongoing strikes at Munhwa Broadcasting Corporation (MBC) and YTN, the 24-hour news network.

Their unions are also demanding the replacement of political appointee presidents and an end to political interference.

“It is still too early to predict, especially for MBC because its union’s primary goal is the replacement of the president,” Lee Dong-hoon, a spokesman of the Civil Coalition for Fairness in Media, told the JoongAng Ilbo.

Opposition parties support the strikes because they are all about political interference by the Lee Myung-bak administration.

“We will punish people who are responsible for the government’s media dominance as soon as the 19th National Assembly opens,” Moon Sung-keun, a former acting chairman of the Democratic United Party, said in May.

Park Jie-won, floor leader and head of the DUP’s emergency council, criticized the Saenuri Party’s presidential frontrunner Park Geun-hye, who has been silent about the strikes.

KBS officials said programming should return to normal next week, including the popular variety show “One Night and Two Days.”