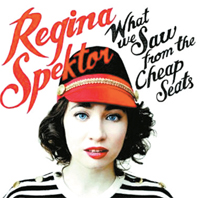 “What We Saw From The Cheap Seats”


From the opening moment of “What We Saw from the Cheap Seats,” Regina Spektor enchants. On the first song, “Small Town Moon,” her beautiful vocal range is buoyed by rock-heavy interludes and coupled with uplifting lyrics that give the song a surprising amount of depth.

But there are a couple of missteps that momentarily detract from the album, on which she mines emotional territory covering love, loss and more.

“Oh Marcello” mixes beat-boxing and piano rather uncomfortably as Spektor borrows a line from “Don’t Let Me Be Misunderstood,” made famous Nina Simone; it’s interesting but it doesn‘t really work. She regains her stride with “Don’t Leave Me (Ne Me Quitte Pas),” where she shows she can sing as beautifully in French as in English.

The only weird moment is on “Open,” where the listener is subjected to a noise that sounds like Spektor being strangled; it’s odd and offputting, and misplaced here.

Check this track out: “Firewood” is a piano-based, love-soaked ballad where Regina really shows her strength, pulling at the heartstrings. AP 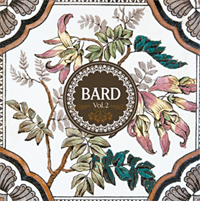 
If life ever gets tiring, BARD’s second album release should be comforting. Korean band 2nd Moon was formed in 2005 and started the so-called “Irish Trad Project” with its members Park Hye-ree, Kim Jung-hwan, Yun Jong-su and Lee Su-hyuk and became BARD in 2010.

BARD’s first album wowed Korean fans with its unique and exotic melodies created through various instruments including the accordion, Irish whistle and mandolin, rarely used in most Korean pop music. Through its refreshing project-making, their music has upgraded with lyrical rhythmic melodies, almost producing a meditative ambiance. Along with other changes BARD makes through this album, they start to sing more songs instead of only playing instruments.

To those living in a world full of tragedies and disasters, the messages the album contains seem rather optimistic. The second track of the album, “Journey of Today,” uplifts people with the message that after all, living a life is not that difficult. Life lessons that 30-year-olds can learn after fighting through their 20s teach that the wounds and tears from before become good memories that seem almost like nothing later on. By Son Kyung-eun, Contributing writer 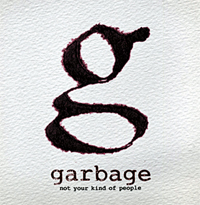 “Not Your Kind Of People”


For a band that’s been around for almost two decades, Garbage has released surprisingly few studio albums. Their fifth, “Not Your Kind of People,” comes on the heels of a seven-year hiatus, which makes it all the more anticipated.

Fans who have missed Shirley Manson’s powerful vocals and scenic presence will revel in this blast-from-the-past album, released on their own label for the first time. This artistic freedom allowed them to make just the kind of album they want - bold, honest and accessible to those not of rock sensibilities. The 11 songs on “Not Your Kind of People” - all written and produced by all four Garbage members - cohabit wonderfully, each bringing to the mix something the others don’t have.

“Man on A Wire” is the petulant, self-destructive one of the group, whose drum-and-bass sets the rhythm for the argument. “Battle in Me” is its twin in tone but not in temperament; together they work the crowd, like a bad cop, good cop routine trying to get a confession of love out of the listener. “Blood for Poppies” is the cool, trendy one who’s nonchalantly talking up strangers, while “Sugar” is the incurably romantic.