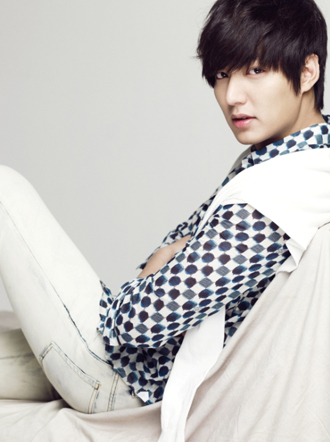 According to StarHaus Entertainment, his agency, as of Wednesday Lee’s total number of online followers was about 10.4 million, more than any other Korean public figure.

Lee has more than 5.4 million followers on Facebook, 4 million on the Chinese social site Weibo.com, 660,000 on Twitter and 230,000 on the Korean SNS Web site Me2Day. Of the total number of Lee’s cyberfollowers, 40 percent are Chinese.

Lee’s agency said that his appeal is due to the fact that he is always trying to create novel ideas to communicate and engage with fans. “Lee is always asking his fans how they are, being honest about what’s on his mind,” said a spokesperson from StarHaus Entertainment.

“The messages that my fans leave me on my various social Web sites have been such an immense source of encouragement,” Lee said while on location in Changwon, Gyeongsang, for the upcoming drama “Faith.”