A glimpse of early days

A glimpse of early days 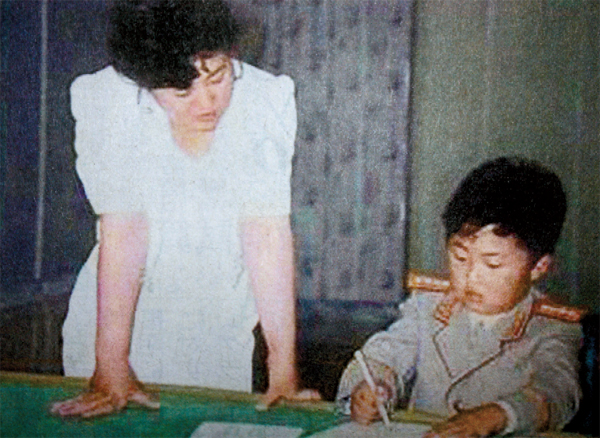 Ko Young-hee, left, the third wife of the late North Korean leader Kim Jong-il and the mother of current leader Kim Jong-un, helps little Kim study in this grab from a North Korean video released by Japan’s Mainichi Shimbun yesterday. It is the first time the North is known to have released a video about Ko, a Korean Japanese who died in 2004. North Korea analysts say the video appears to be part of a personality cult for the new leader. [YOYONHAP]