For couples in 70s, love can turn to nonstop war

For couples in 70s, love can turn to nonstop war 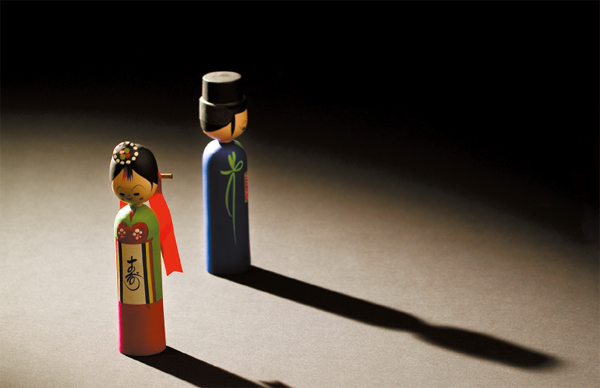 As Koreans’ life spans increase, a new phenomenon is arising: Married couples in their 70s at war after too many years together, with retirements that force them to spend too much time in each other’s hair and without children around to distract or intervene.
A former high-level government official surnamed Lim, 76, is a prime example. Lim recently met with his two sons and two daughters, who long ago moved out to establish their own lives. He shared with them how tough life has become.

Lim said he wants a divorce because he’s not sure if he’ll be able to bear his wife any longer. She flies off the handle and yells all the time.
“I was aware that my mother had started to become very aggressive over the past few years,” said Lim’s eldest daughter, who is 45, “but I didn’t know the relationship had gotten this bad.”
She finds it heartbreaking to see how her mother’s personality has changed and how her father has lost his authority as head of the household.

Source of concern
Why are husbands and wives who know everything about each other having trouble getting along?
Experts say they’re forced to spend too much time together, especially when they have married off their children and are alone in the house.
“We can assume that most couples in their 70s have tied the knot when they were around 25 years old, and considering that life expectancy for them is 80 years, they will spend 55 years together,” said Lee Ho-seon, head of the Korea Senior Counseling Center.

Experts note that relationships between elderly couples is very different from couples in their 50s and 60s. The latter group has relatively higher purchasing power and is in better health. They also have things to do, like making sure their children find their own life partners.
Once they reach 70, however, there are fewer things to do and more time alone with the spouse. Experts say the more time couples spend together, the more chances for disagreement and conflict.
A bank retiree surnamed Jeong, 71, is currently considering divorcing his wife. Conflict first arose when Jeong’s wife mistakenly thought her husband was having an affair with a woman in her 50s whom he met while mountain hiking.

The wife first raised the idea of a divorce. She said, “If my husband’s affair happened 10 years ago, then I wouldn’t even have thought of getting a divorce because of our children and their future planning for marriage. But there is no reason to suppress my emotions now at this age.”
Choi In-hee, a research fellow at the Korea Women’s Development Institute, said, “The number of elderly couples is on an increase because of our extended life expectancies and there is a social need to make sure they learn how to carry on a long-term relationship.”

Other factors that act as irritants in elderly couples’ relationships include mental and physical aging.
“Normally, people think that as couples age, the relationship becomes more mature and deep, but that’s not necessarily true,” said Yoon Dae-hyun, professor of mental health at Seoul National University. “Little can people imagine but elderly couples become less understanding of each other and in fact become more stubborn and also tend to lose emotional control.”
Changes in hormones are another factor. Women become more assertive as they age while men become calmer and less active.
“Many women aged 70 and above suffer from hwabyeong, a mental or emotional disorder due to repressed anger or stress, while many men in the same age range suffer from depression,” said Kim Jong-woo, professor of oriental neuropsychiatry at Kyunhee University.

The fact that men lose control over the purse strings after retiring also triggers conflict among couples in a twilight relationship. Most older men depend on their wives in the latter years of their life both emotionally and economically and due to this, the relationship becomes out of whack.
According to a survey conducted by the Korea Institute for Health and Social Affairs last November, seven out of 10 women in Korea said they are concerned they will face conflicts with their husbands as they get older.
More than 70 percent of the women respondents said they will likely have hardships in their relationships, while more than 66 percent of men said the same.

Social factors
Han Kyung-hye, professor of family studies and child development at Seoul National University, said, “Married couples born before the baby boom have raised many children. And because life expectancies were shorter then, couples lived only 1.4 years together after raising and marrying their children off.”
With an increased life expectancy and fewer children being raised, couples born between 1955 and 1963, the baby boom generation, will spend 19.4 years alone together on average.
“If aged couples are not prepared for how they will live after their children become independent, they will face more conflicts in their relationships and their will be more divorces,” Han said.
Recent figures released by the Seoul Metropolitan Government showed that the divorce rate among married couples that have spent more than 20 years together is higher than among couples that lived together four years.

According to the Korea Legal Aid Center for Family Relations, there was a total of 118 divorce counseling requests by couples in their 70s last year. Though that’s only 2.28 percent of the total number of couples getting counseling, four or five years ago there were hardly any elderly couples receiving divorce counseling.
The elder generation has experienced the tumults of Korean history. Couples in their 70s were born before the country’s independence and came of age in the 1960s and 1970s. They spent their childhoods in a strict Confucian society and experienced the Korean War and the nation’s rapid industrialization.

Experts note that husbands from that generation are not used to having conversations with their families, and the wives are occupied with house chores.
“The older generation today hasn’t really had the time to think about how they would like to spend their life after they turn 70,” said Yoon Sung-eun, research fellow at Samsung Life Insurance’s retirement institute.

Any solutions?
To overcome miscommunication and boredom, experts say that married couples need to discuss what they like and dislike.
“In the past, being over 70 was definitely considered old, nearing the end of a life,” said Kwon Jung-hye from Korea University. “Because of the short lives people lived in the past, relationships didn’t go on for so long. But now, a couple in its 70s could live on for more than 20 years,” Kwon said.

Experts also urge Korean elderly men to become a bigger part of their families by helping their wives with chores.
“Husbands should admit that their wives also age,” said Park So-hyun from the Korea Legal Aid Center for Family Relations. “Husbands shouldn’t take it for granted that they will be served three meals every day by their wives.”

Yoon Dae-hyun, professor at Seoul National University Hospital, emphasized communication skills between elderly couples.
“The quality of elderly life depends on how willing couples are to communicate with each other,” Yoon said. “Preparing for life after retirement isn’t all about securing money. Couples should also work to enhance communication skills.”