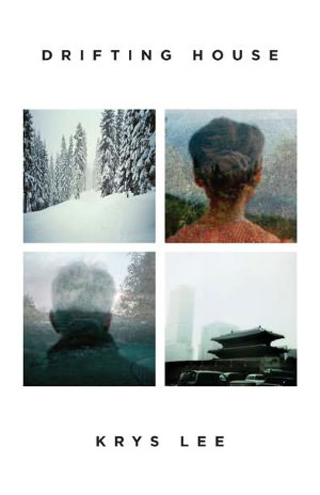 
In Krys Lee’s entertaining, highly readable short story collection “Drifting House,” the characters are often in motion. They search, they travel, they defect and they move away from their homeland, only to return.

Lee, born in Seoul and raised in the United States, expertly dramatizes many of the underlying struggles experienced by today’s Koreans at home abroad and in the North.

These nine stories are well-executed and a convincing depiction of the Korean diaspora. Lee sets her characters in Seoul, in villages and all of the places you read about in the newspaper when you explore modern Korea.

She knows the people she writes about. Intimate, telling details flow through her narratives, and she keeps the focus tightly trained on her characters.

There is very little descriptive writing of places - few instances of weather writing. No, Lee brings to life the everyday types that are all around us in Korea: the salarymen, the goose fathers, the homeless in Seoul Station.

In the final story that is also least traditional in form, “Beautiful Women,” she writes: “There is camaraderie in robbing small shops at knifepoint. An actress makes love to an amorous producer on the set, while a few respectful yards away, the staff waits; a few blocks away, a real estate agent advises sons and daughters on how to confiscate their parents’ property. North Korea hijacks a plane. Men beat up their wives, their wives beat their children, the children beat their friends and they all help Mina fall asleep to their nightly music.”

What Lee seems to be really seeking in these stories is poignancy. The question of identity unites the characters, and as tired as that trope can be, it is a functional concern for the people that exist in that purgatory of life in two countries. Aside from the jolting, crude violence of “The Between,” the stories progress gracefully - the work of a careful, thoughtful writer.

The aforementioned violent piece does apply another layer of darkness to an already bleak, tormented collection. However, it is the mark of an immature writer to think our understanding of the identities of these people is deepened by shocking us with a woman who, without cause, cuts a boy’s arm off before murdering him (that she went crazy doesn’t satisfy me as a reader) and an 18-year-old girl who has sex with her father (that she wanted to also doesn’t convince me).

Despite these missteps, the work is strong. The title story about the three North Korean children trying to defect to China puts us in a ghostly, terrifying landscape as vivid as any nightmare. Lee crafts “The Salaryman,” about an office worker who crashes down multiple rungs of the social ladder after losing his job - all the way to the cardboard box bed of a subway station - with enough compassion to pull it off. The same goes for the touching piece “The Goose Father.” Even though incorporating an actual goose into the story was a risk, Lee makes it work.

Empathy carries these stories through. Lee allows the characters to speak and act in a way that shows she’s still not judging or afraid of their flaws.

Still, a bigger question remains: How many books like this are out there - Not about Korea - that there is a dearth of quality literature about the Daehan Minguk in English is a common complaint. But if there isn’t yet a book like this for every country in the world, give it time. Master of Fine Arts programs are looking for paying customers, and the more exotic the better.

MFA programs love writers like Lee, who received hers from Warren Wilson College in North Carolina. Someone willing to follow the trend of being topical, historical, sensual and form driven. She follows the rules. Don’t write about yourself. That’s boring. Research is the way to go.

The problem with this creative writing-program approach is that it feels like anyone could have written this book. Jhumpa Lahiri could have changed her name and spent a few years watching nothing but K-dramas and reading the Internet until she had enough notes for something just like it.

That’s not to say there are many false steps in the stories; it’s just that if Lee delved more into her personal experiences the work would feel less like she was trafficking in stereotypes. The author reportedly has a two-book deal with Viking. Perhaps she’ll write closer to her own life in the coming work.