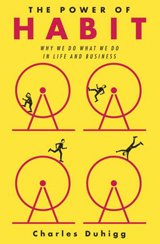 The Power of Habit: Why We Do What We Do in Life and Business
AUTHOR: Charles Duhigg
PUBLISHER: Random House
PRICE: $28
GENRE: Psychology & Counseling

A young woman walks into a laboratory. Over the past two years, she has transformed almost every aspect of her life. She has quit smoking, run a marathon and been promoted at work. The patterns inside her brain, neurologists discover, have fundamentally changed.

Marketers at Procter & Gamble study videos of people making their beds. They are desperately trying to figure out how to sell a new product called Febreze, on track to be one of the biggest flops in company history. Suddenly, one of them detects a nearly imperceptible pattern?and with a slight shift in advertising, Febreze goes on to earn a billion dollars a year.

An untested CEO takes over one of the largest companies in America. His first order of business is attacking a single pattern among his employees - how they approach worker safety - and soon the firm, Alcoa, becomes the top performer in the Dow Jones. 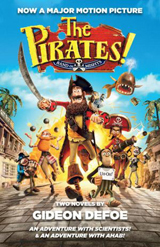 Adventure? Yes, more than one! Derring-do? Yes! Storms? Sea monsters? Rival pirates? Of course! Cameos by frequently anachronistic historical figures? You betcha! All that and more.

Not since “Moby-Dick” ... No, not since “Treasure Island” ... Actually, not since Jonah and the Whale has there been a group of seafarers to rival “The Pirates!” and their leader, the greatest ocean-faring hero of all time, the immortal Pirate Captain, who, although he lives for months at a time on the bounding main somehow manages to keep his beard silky and in good condition. 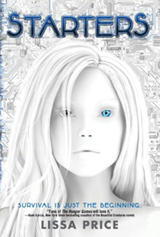 In the future, teens rent their bodies to seniors who want to be young again.

Sixteen-year-old Callie lost her parents when the genocide spore wiped out everyone except those who were vaccinated first?the very young and very old. With no grandparents to claim Callie and her little brother, they go on the run, living as squatters and fighting off unclaimed renegades who would kill for a cookie. Hope comes via Prime Destinations, run by a mysterious figure known only as The Old Man. He hires teens to rent their bodies to seniors, known as enders, who get to be young again. Callie’s neurochip malfunctions, and she wakes up in the life of her rich renter that proves too good to last. It’s a fairy-tale new life in a mansion with a cute guy until she uncovers the Body Bank’s horrible plan.


Provided by Tongbang Publications Import Inc. These new imports are available at major bookstores such as Youngpoong Bookstore and Bandi & Luni’s.