B.A.P surges in popularity as it prepares to start an Asia-wide tour next month

B.A.P surges in popularity as it prepares to start an Asia-wide tour next month 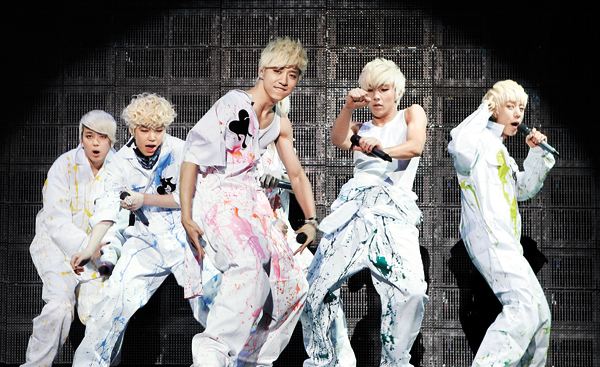 
Boy band B.A.P will make its way around Asia, performing for fans from July.

Just five months after it made its debut, the boy band has amassed so many fans and followers that its agency decided the group should go on tour.

“From July 2, starting from Macau, B.A.P will make its way around Malaysia, Thailand and Taiwan,” a spokesperson from TS Entertainment said yesterday.

After the boy band made its debut via a press showcase in Korea back in January, it held a fan meeting in Singapore with girl group Secret in April.

Since then, other nations have inundated the group with invitations to visit.

“It’s not only in Asia that the band is wanted. We keep receiving invitations from Europe and the Americas, as well,” the spokesperson said. “Since the group is still new, we’ll focus on the Asian market before going to other locations.”

The first stop, in Macau, will be at a K-pop concert alongside major names like SHINee and U-Kiss.