After death of member, Slipknot ready to move back into the spotlight

After death of member, Slipknot ready to move back into the spotlight 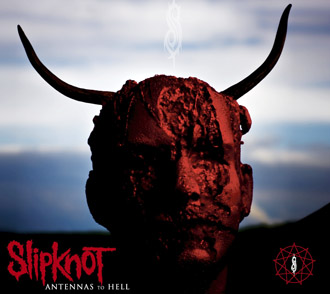 LOS ANGELES - Grammy-winning heavy metal band Slipknot unveiled the artwork and tracklist for their upcoming “best-of” album on Monday, their first release since the 2010 death of bassist Paul Gray.

“Antennas To Hell,” due out on July 24 in the United States, will encompass some of the band’s best-known singles from their last four studio albums, including “Spit It Out,” “Left Behind” and “Vermilion.”

“I think every song Slipknot has ever written is a greatest hit, so it was hard [to narrow it down], but at the same time, there’s only four records, so we did stick a couple of live songs on,” band member Shawn “Clown” Crahan told Reuters. “It all falls together the way it needs to.”

Following Gray’s death from an accidental overdose in 2010, the band’s future has been hotly debated in the world of music, with media outlets posting conflicting reports on the end of Slipknot, something Crahan said has amused him.

“We as a band have never decided to go away. We’ve never even talked about it; It’s not even a question. The only question was how long it was going to take each individual member to accept what’s happened and feel comfortable with moving on in the record area,” said Crahan. “Paul was the major part of writing records. It’s not only my brother that I’m not seeing, but it’s also what he brought to the table,” added the percussionist.

Crahan said the band will be stepping away from the spotlight after playing a series of summer festivals so that band members can go through “the healing process” and work on a new record. He said the lyrics were already being written for the next album and the artwork would be “severely involved.”