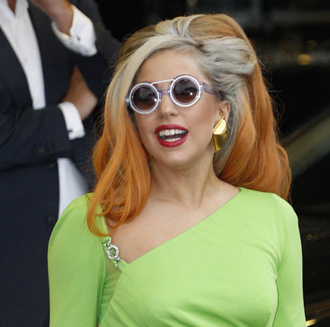 AUCKLAND, New Zealand - Lady Gaga has been struck on the head by a pole while performing a concert in New Zealand.

The singer was hit Sunday during the last of three shows in Auckland.

Clips posted online show a backup performer accidentally striking Gaga with the set prop while removing it from the central stage. Gaga, holding a mock machine gun, staggers and rubs her head before briefly leaving the stage. She continued the show, part of a world tour.

Gaga’s makeup artist Tara Savelo wrote Monday on Twitter: “Gaga has a concussion, but she is going to be okay... Can’t believe she finished the show.”