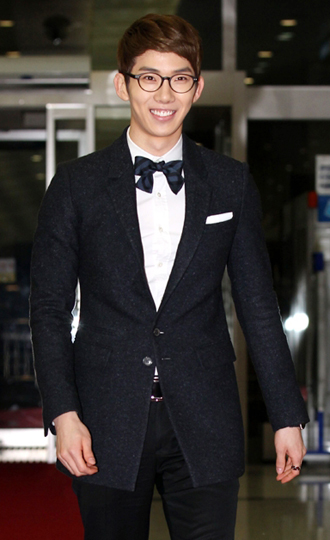 Just days after 2AM’s Jo Kwon announced that he will release a solo debut album later this month, Big Hit Entertainment released on Monday the tracklist for the album, "I'm Da One"

There are 10 tracks on the album which is comprised of titles such as “Awesome Girl,” “Animal” and “Just a Kiss.”

The album is being eagerly anticipated, not just because it’s Jo’s first solo album after stepping into the music industry some 11 years ago as a trainee, but because of a famous producer who took part in the album.

Avicii, a Swedish DJ who has previously worked with stars like Madonna and produced the U.K. hit song “Levels,” was recruited for Jo’s album.

The producer of Jo’s album, Bang Si-hyuk, said that the album’s concept was something about which they thought for a very long time.

“We decided to go with electronic pop and experimented with various genres. We think this really helped exemplify Jo’s unique personality,” Bang said.