Kings of the ice

Kings of the ice 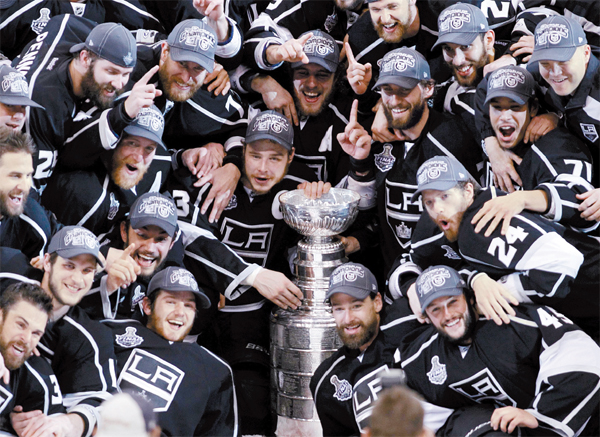 Los Angeles Kings’ players pose with the Stanley Cup after they defeated the New Jersey Devils in Game 6 of the NHL Stanley Cup hockey final on Monday in Los Angeles. Jeff Carter and Trevor Lewis scored two goals apiece and playoff MVP Jonathan Quick made 17 saves in another stellar performance. The Kings became the first eighth-seeded team to win the cup. [REUTERS/YONHAP]