‘Gone With the Wind’ actress dies

‘Gone With the Wind’ actress dies 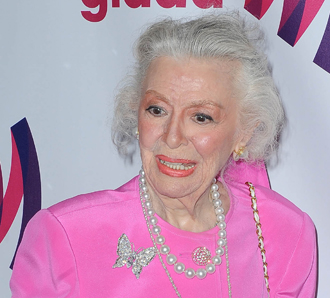 LOS ANGELES - Ann Rutherford, the demure brunette who played the sweetheart in the long-running Andy Hardy series and Scarlett O’Hara’s youngest sister in “Gone With the Wind,” has died. She was 94.

A close friend, Anne Jeffreys, said she was at Rutherford’s side when the actress died Monday evening at home in Beverly Hills. Rutherford died of heart problems and had been ill for several months, Jeffreys said.

Rutherford’s death was first reported by the Los Angeles Times.

“She was a dear person, a very funny lady, wonderful heart, and was always trying to do things for people,” said Jeffreys, a leading lady of many films of the 1940s and a star of the 1950s TV sitcom “Topper.”

Rutherford was a frequent guest at “Gone With the Wind” celebrations in Georgia and, as one of the few remaining actors from the movie, continued to attract fans from around the world, Jeffreys said.

“She loved it. It really stimulated the last years of her life, because she got thousands of e-mails from fans,” Jeffreys said. “She was in great demand.”
She was also known for the Andy Hardy series, a hugely popular string of comical, sentimental films, that starred Lewis Stone as a small-town judge and Mickey Rooney as his spirited teenage son.

In 1989, she was one of 10 surviving “GWTW” cast members who gathered in Atlanta for the celebration of the film’s 50th anniversary.

“Anyone who had read the book sensed they were into something that would belong to the ages, and everyone was in a frenzy to read the book,” she said.

“The specialness of this is with each generation of young people who are touched by ‘Gone With the Wind,’” she said. “As long as there are little children, there will always be a Mickey Mouse. ... On an adult version, ‘Gone With the Wind’ does that.”

Rutherford concurred with other cast members that no matter what else they had done, “Our obituary will say we were in ‘Gone With the Wind’ and we’ll be proud of it.”

In a 1969 Los Angeles Times interview, she lamented that the “permissive generation” of the 1960s wasn’t getting the old-fashioned parenting that the fictional Andy Hardy got.

“Someday someone will have to sit down with today’s youth and give them a man-to-man talk,” she said.