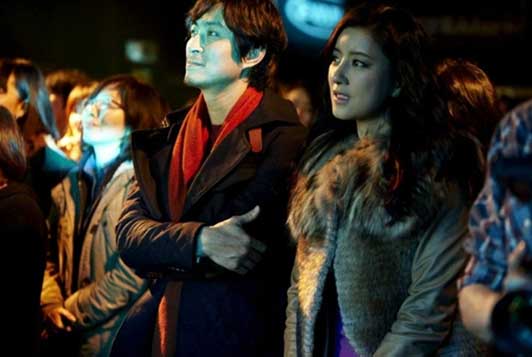 Hyori Lee’s boyfriend, Sangsoon Lee, had his acting debut on the movie, ‘The Heaven is Only Open to the Single’
The movie’s OST released on June 12 and Sansoon Lee sings a song to promote the movie.

The movie is about a couple just who both were in their first love relationship. At the end of the movie, there is music concert a lot of Korean professional musicians participated. The movie opens on June 21.