Soohyun Kim “Easy to focus on kissing the actress”

Soohyun Kim “Easy to focus on kissing the actress” 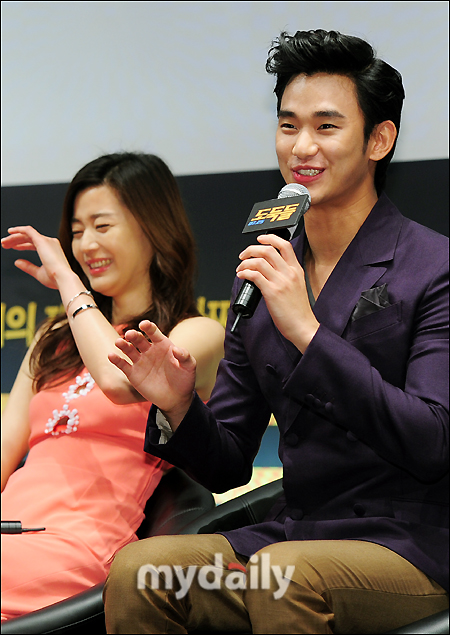 “The Moon that embraces the Sun” star Soohyun Kim talked about his first movie and his kissing scene to actress, Jiyun Kim. The production press conference of the movie, “The Thieves” was held in Chosun Hotel in Seoul On June 12. Kim said, “there are a lot of kissing scenes in the movie.

“I tried so hard to be Jampan, whom I played in the movie. It did help me to focus on the role and the kissing scenes since my partner was Jihyun Kim”,he joked.
He continued saying “I haven’t watched the movie yet so it feels weird to sit here. I was overwhelmed to be around so many big stars and felt lucky to be part of it”.
“The Thieves” is about 10 thieves from Korea and China trying to steal the rare diamond ‘Eye of the Sun’ from a Macao casino.
The movie opens in July 25th.