Haejin You, “I brushed a lot” before kissing

Haejin You, “I brushed a lot” before kissing 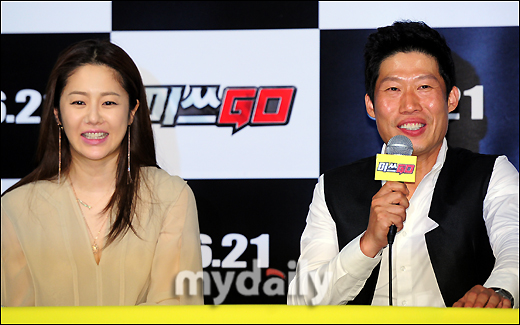 You joked, “It was supposed to be very romantic but because of my funny appearance, there is limit. However, director edited it beautifully so it didn’t look as bad”.
He continued, “Actually, I was very worried before shooting the scene. I was afraid it wouldn’t look good especially it was with Go. But she made me feel comfortable at the scene and I remember I brushed a lot beforehand”.
Movie ‘Miss Go’ is about a girl with Sociophobia who accidently gets involved in Korea’s biggest gang’s crime. She meets with five different guys and transformed to be the queen of crime.
The movie opens on June 21th.