Eye in the sky

Eye in the sky 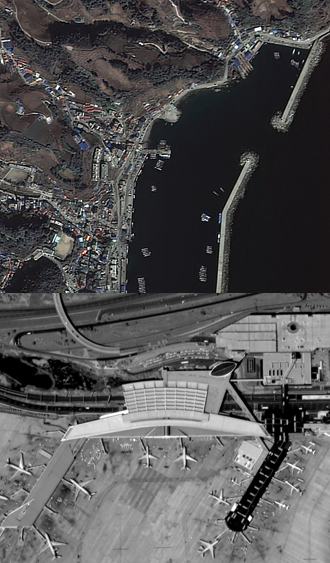 The Ministry of Education, Science and Technology and the Korea Aerospace Research Institute showed yesterday the first footage captured from Arirang-3, Korea’s multipurpose satellite launched last month and equipped with a high-resolution camera, which shows the port of Ulleung Island off the east coast of the Korean Peninsula (top) and planes parked at the Philadelphia International Airport (bottom). The high-resolution footage, filmed May 25, was a test of the capabilities of the satellite, which reached the earth’s orbit after blasting off on May 18 from a Japanese space center. The satellite will help Seoul monitor weather, resources and national security. [YONHAP]