Ulala Session to establish own agency

Ulala Session to establish own agency 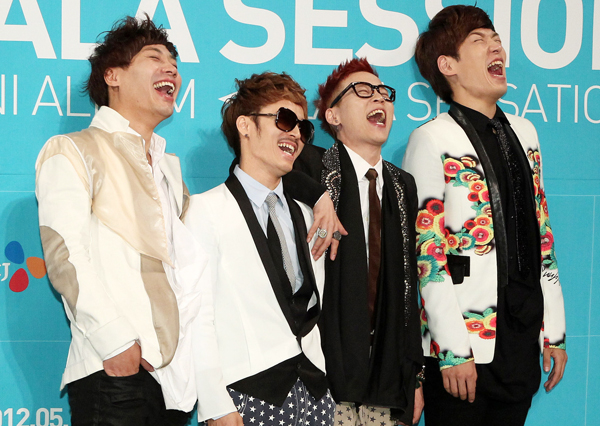 
Ulala Session will establish its own agency to have more creative control over its music and activities.

The band announced Thursday it will establish Ulala Company rather than sign with an existing agency, despite the fact that a meeting with entertainment agencies had been scheduled for mid-June for th
e band and the other top 11 contestants from “Super Star K.”

The band hopes to retain its unique flavor as a music act through Ulala Company.

CJ E&M said it wished the winning band from last year’s singing-survival show all the best.

“The band is full of talent, and as the winner of the show, it will be able to hold its own against the big names of K-pop,” said a spokesperson from CJ E&M.

The band also said it was grateful to the entertainment company for its support.

“So many people have given us good advice, but we just wanted to do our own thing. We will kick off our activities soon enough once Ulala Company is established,” the band said.