No separation of politics and religion

No separation of politics and religion 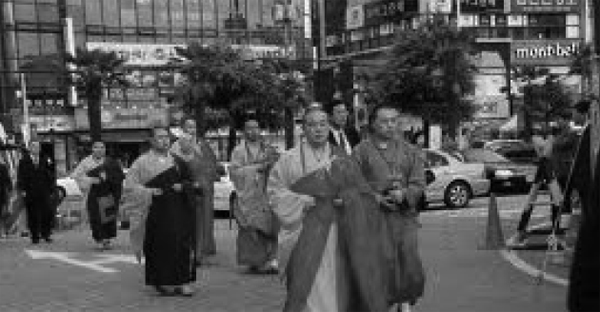 The expo is not the only international event in progress in the beautiful coastal city of Yeosu, South Jeolla. The World Fellowship of Buddhists is holding a conference there. The event was first held in Sri Lanka in 1950, and Buddhist leaders from around the world have gathered to discuss what Buddhism can do for international society.

The Buddhists in Korea are welcoming foreign guests for the second time since 1990. In addition to promoting the advancement of Korea through the Yeosu Expo, the solid Buddhist culture is celebrated in “The Song of Karma,” a musical about monks during the Japanese invasion of 1592. Until a few days ago, Venerable Jinok, the chief of the organization committee, had believed that the preparation for the conference was perfect and that they were ready to welcome 1,000 leaders from 40 countries and 100,000 Buddhist believers.

A crisis began on Tuesday morning. The Chinese delegation suddenly announced that it would boycott the WFB conference as it refuses to attend a meeting with Tibetans.

Five Tibetan Buddhist leaders came to Korea for the conference, including Samdhong Rinpoche, former prime minister of the Tibetan government-in-exile and a close associate to the Dalai Lama, and Minister of Religion and Culture Pema Chonjor. According to Pema Chonjor, an official of the WFB headquarters came to the Tibetan group immediately after the Chinese delegates arrived and asked them to step out for a moment. They figured that the Chinese delegates had demanded their departure, and in order to prevent further trouble, they decided to leave.

Once again at the opening ceremony at 6 p.m., the Chinese delegates made another demand to force the Tibetans to leave, and when the demand was not met, they left the meeting. On Wednesday, the Chinese delegation abruptly returned home. Chonjor said that the Chinese seemed to have a sort of obsession.

Lately, the Chinese government is promoting and supporting Buddhism widely. It must have concluded that China needs a spiritual pivot to bring together the people with no political liberty. The policy may have been successful in China, but Chinese Buddhism is viewed as a religious group faithful to political ideology. The incident reminded me of the age-old subject of “separation of politics and religion.”

*The author is a culture and sports writer of the JoongAng Ilbo.
By Shin June-bong