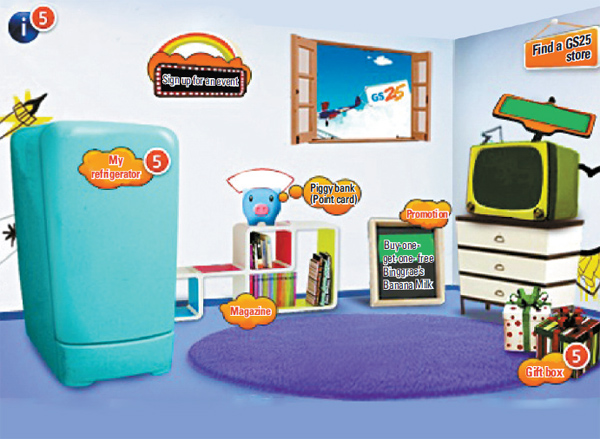 Bricks-and-mortar stores struggling to compete against Internet shopping malls are finding a way to stay afloat through smartphone mobile applications.
Traditional retailers such as Kyobo Bookstore said sales through its mobile app jumped by 40 percent every month after it launched it in collaboration with LG CNS in September.

Sales for Kyobo and its bookstore rivals were shrinking as more consumers opted to flip through books at the store and then go home to order them online, where the prices are often 15 percent cheaper. Although both Kyobo and Youngpoong also run online Web sites, online bookstores such as Yes24 and Interpark offered books cheaper.

This even forced Youngpoong Bookstore to close its Gangnam store located in Central City, southern Seoul, on Saturday.

But mobile apps are bringing customers back. People even use them in the stores. They browse through the book at Kyobo, whip out their mobile phones, make a purchase and pick up the books at a counter in the store.

Kyobo lowered prices of books available through its app to the level of its online competitors, and readers migrated back to Kyobo.

“When you order books at online bookstores, you have to wait a few days to get them,” said Kim Hyun-tae, an official at Kyobo’s mobile sales division.
“Now you can save the waiting time and pick up your books at our stores immediately after you order them through our app. Sales through our mobile app are now commensurate with one of our bricks-and-mortar stores.”

Convenience store GS25 developed its smartphone app in a creative way in March 2011 and it received a peppy response from customers.

The app has been downloaded 330,000 times and GS25 said a total of 120,000 extra items have been saved in its virtual refrigerators.

“It’s the more the merrier,” said Ahn Jin-mo, an official at GS25. “Consumers who saved extra freebies in their mobile refrigerators come to our stores to pick them up, and they end up buying other products.”

The company has developed over 100 apps for businesses.
According to Park, an app her firm developed for the Korean Horse Affairs Association is popular among horse-race fans.

The app is used by an average of 70,000 racing fans every weekend. It gives users up-to-date information about upcoming horse races.