Posco’s Park to be subject of 24-part TV series

Posco’s Park to be subject of 24-part TV series 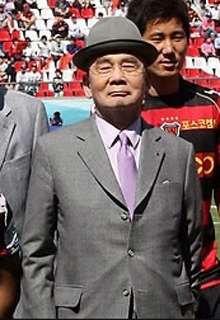 The life story of the late Park Tae-joon, founder of Posco, will air as a TV drama on KBS later this year, tentatively titled, “Steel King.”

The 24-part TV series is part of the committee that Posco, one of the world’s biggest steel companies, established on June 8 to commemorate the legendary figure when he passed away last December.

“Steel King” will deal with Park’s life up to when he constructed the nation’s first integrated steel mill in Yeongil Gulf, Pohang, North Gyeongsang, in 1973.

Born in 1927 in Yangsan, South Gyeongsang, Park entered Japan’s Waseda University in 1945, but as Korea regained independence from Japanese colonial rule in the same year, he joined the Korea Military Academy. He became the first chairman of Posco in 1968 on orders from then-President Park Chung Hee.

In the following year, Park went to Japan to ask for funding to build the mill. His persistent effort bore fruit: Japan provided funding under a bilateral indemnity agreement in 1965 to settle wartime claims with t
he Korean government. And the mill he constructed in Pohang with the financing ? with blast furnaces to produce iron, oxygen converters to refine it into steel and casters to form flat-roll steel and steel plates ? turned the coastal city into the world’s leading steel-making town and helped propel the impoverished country into an industrial powerhouse. A private agency will be producing the TV show, and the

Pohang city government and the Posco committee will be co-sponsoring it.

The committee has a range of future plans to honor the former general. It will erect a monument at his tomb at the Seoul National Cemetery in western Seoul on June 24 and erect statues at the Posco building in southern Seoul as well as at steel mills in Pohang and Gwangyang, South Jeolla.