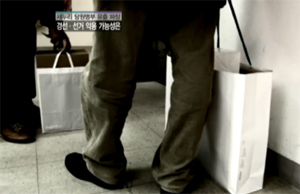 Following the prosecution’s arrest of a party official on charges of leaking the Saenuri Party’s roster of 2.2 million members, the conservative ruling party launched yesterday an internal probe as a frantic attempt at damage control.

Prosecutors said Thursday that they have begun an investigation into a Saenuri Party official, only identified as Lee, on charges of selling private information of the ruling party’s 2.2 million members to a spam message disseminator.

According to the Suwon District Prosecutors’ Office, the 43-year-old senior official was accused of selling the information earlier this year before the April legislative elections.

He allegedly sold a disc containing the private information of 2.2 million party members, including their cell phone numbers, addresses and resident identification numbers, for 4 million won ($3,430).

According to the prosecution, it sent three subpoenas, but Lee did not show up for questioning.

Lee’s arrest was made on Wednesday, and the warrant hearing took place yesterday as prosecutors wanted to hold him for further questioning.

The roster has a high political value, especially for candidates preparing for an election. Concerns rose inside the Saenuri Party that the roster could be used by a candidate in its upcoming presidential primary. The possibility that the opposition parties would have obtained it ahead of the December presidential election was also raised, while others worried that the leak could have impacted the ruling party’s nomination process before the April elections.

According to the sources of the Saenuri Party and the prosecution, the suspect was originally a member of the Democratic Party, which lived a short life after its foundation in 1990.

The party, often referred to as the “Little Democratic Party,” was built by politicians such as Roh Moo-hyun.

In 1997, the party merged with the New Korea Party, a predecessor of the Saenuri Party, and Lee joined the conservative party through the merger.

Saenuri spokesman Kim Young-woo issued an apology Thursday night to the party members for the leak. “We will do our best so that our members won’t suffer any damage,” Kim said. “We will actively cooperate with the prosecution.”
Separately from the prosecution’s probe, the party also launched an internal investigation. “We are conducting a probe to thoroughly find out what had happened,” Saenuri Chairman Hwang Woo-yea said yesterday.

Asked about possible disciplinary actions against the former and current leadership over the incident, Hwang said, “When everything is laid bare, there will be due punishment.”

He said a fact-finding team was created to investigate the leak and Representative Park Min-shik, a prosecutor-turned-lawmaker, will lead the probe.
The team began an investigation into the nine officials in the party’s organizational department responsible for managing the party members’ roster.

The nine people had access to the computer server that stored the data.
When Lee made the leak, he was the director of the party’s youth department and had no access to the server, the party said, adding that it will try to find out if he had an accomplice.

“The roster is the most valuable asset of a public party, and Lee used it for his personal gain,” Suh said. “I regret deeply for having failed to manage it properly.”

Suh also said the party will tighten the discipline and reform the organization. “For now, the access to the server will only be granted to the head of the organization department.”

Suh said the party’s local chapters often have a roster and it has been easy to access the list.

“Before a presidential election, the delegates were selected randomly among the party members,” Suh said. “And when the appropriate time comes, the list is also provided to a presidential candidate.”

While admitting to some presidential contenders’ concerns that the leak would affect the Saenuri Party’s presidential primary, Suh assured that it won’t hinder the fairness of the process.

He, however, said the party will investigate to determine whether the leak had affected the nomination process of the Saenuri Party’s legislative election candidates.

As the ruling party struggles to cope with the incident, the opposition Democratic United Party said the Saenuri Party must admit that it has no ability to run the country.

“It is a problem that the party official sold the roster,” said DUP deputy spokesman Jeong Jin-wu.