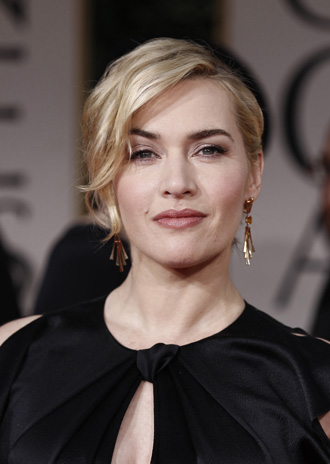 LONDON - Kate Winslet has been honored by Queen Elizabeth II for her titanic contribution to the arts.

The actress, who won a best actress Academy Award in 2009 for “The Reader” and made her breakthrough as the feisty Rose in 1997 blockbuster “Titanic,” has been named a Commander of the Order of the British Empire, or CBE, in the queen’s Birthday Honors List, published Saturday.

Winslet said the honor made her “very proud to be a Brit.”

“I am both surprised and honored to stand alongside so many men and women who have achieved great things for our country,” the 36-year-old star said.

Actor and director Kenneth Branagh was made a knight and will be known as Sir Kenneth. A respected Shakespearean actor whose films as a director range from “Henry V” to the fantasy “Thor,” Branagh said he felt “humble, elated, and incredibly lucky.”