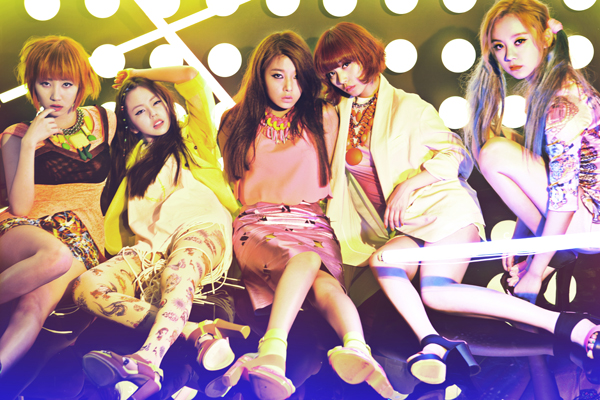 
After releasing its new album “Wonder Party” on June 8, the Wonder Girls have already made a splash throughout Korea’s music programs including KBS2’s “Music Bank” on which they beat out Big Bang to secure the No. 1 spot.

The five-member girl group’s new tracks, including title song “Like This,” have been sweeping across online music charts.

“We really appreciate the show giving us first place, although we still lack a lot of things,” said Wonder Girls leader Sunye on the KBS2 program. “We will put out best effort forward, remembering this honor.”

Singer Park Jin-young, who manages the Wonder Girls through his agency JYP Entertainment, left a message on his Twitter account to congratulate the girls.

“They look ordinary but are special, and they seem to be weak but are strong,” Park tweeted. “There’s really something special to this group. Let’s wrap up this year’s work on a magnificent note which we’ve been preparing for and working hard on.”