Kim Jun-su is a sensation in Indonesia

Kim Jun-su is a sensation in Indonesia 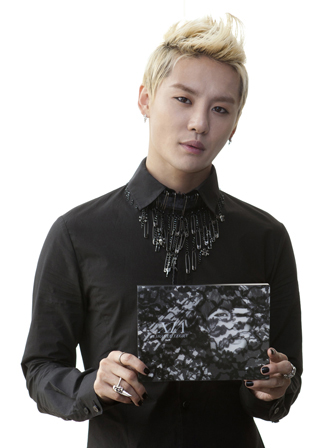 Kim Jun-su of JYJ held his first solo concert in Indonesia on June 16. More than 3,500 fans flocked down to the Mangga Dua Square in Jakarta for the boy band member’s first Asian tour on the island.

Kim sang various songs from ballads and dance pieces from his debut album “Xia Tarantallegra,” which was launched on May 15.

The performance not only overwhelmed the fans, but the singer himself.
“I can’t believe I’m here singing in Indonesia. To have such good vibes from a country I’ve never visited -- it’s all because of you,” said Kim to the audience.
Kim’s band, JYJ, was to perform in Indonesia back in April of last year. However, the concert was cancelled ahead of the slated date.

Meanwhile, having made stops in Thailand and Indonesia, Kim will continue on his Asian tour by performing in Taiwan on June 23.
Back in Korea, Kim’s solo debut album has exceeded 120,000 copies in sales after being released on May 15.
The album set a new sales record for the most number of records sold by a debuting solo artist.