Yoo In-na to tell her side of love story

Yoo In-na to tell her side of love story 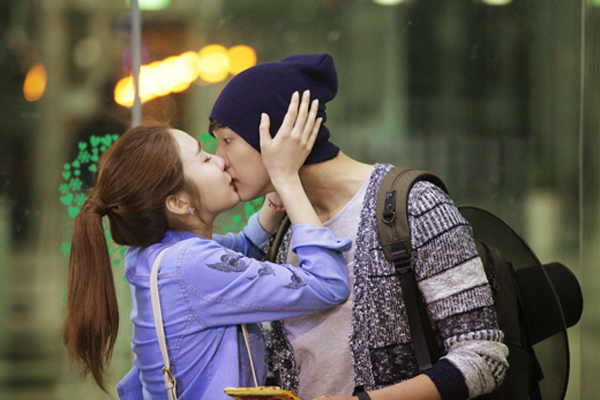 
Actress Yoo In-na will soon speak about her relationship with fellow co-star Ji Hyun-woo from the drama “Queen In-hyun’s Man.”

Following Ji’s surprise love declaration at a fan meeting June 7, the two have been photographed together on a midnight date.

Internet news Web site sportsseoul.com captured the two on a late-night rendezvous Sunday, strolling with their arms around each other at a park in Bundang, Gyeonggi, where Yoo lives.

After the pictures started circulating online yesterday, Yoo’s agency said the star would speak to fans about it through her social media account.

“As it’s a purely personal matter, it’ll be best if Yoo In-na talked about it herself, and she will shortly,” said a spokesperson from YG Entertainment.

Although Yoo made no official statement in regard to the matter after the June 7 declaration, rumor has it that many entertainment insiders suspected there had been something between the two since they started filming the romantic comedy drama on tvN.