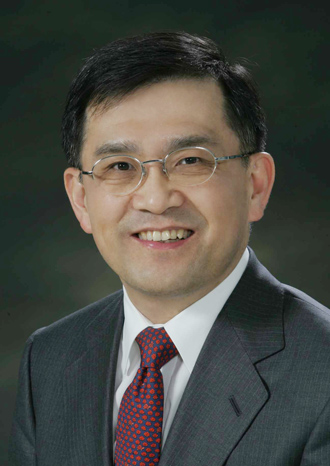 Samsung Electronics new CEO Kwon Oh-hyun urged employees to “strengthen competitiveness by taking the upheaval in the electronics industry as a chance for takeoff” in his inaugural address made via an internal communication network yesterday.

Kwon, who also holds the post of vice chairman, did not have an official inauguration event.

The 60-year-old executive said the world is seeing a “paradigm shift led by corporations with soft competitiveness” and that the tech bellwether “should never be hesitant or complacent with the status quo, but should strive to become a more creative company by facing challenges and pursuing innovations.”

Contrary to the widespread belief that Samsung is already at the highest echelon among global electronics producers, Kwon said his company “stands at a turning point to become a global top player in a true sense.”

Samsung is the world’s top player in terms of sales of handsets, TVs, memory chips and liquid crystal displays. ]
Last week, a study by tech market researcher ABI Research said in a report that Apple and Samsung together captured 55 percent of the global smartphone market and 90 percent of the profits in that sector in the first quarter.

Before the reshuffle, Kwon and Choi led two separate divisions of the electronics manufacturer. Kwon was responsible for device-related solutions including chips and displays, which are widely classified as “parts,” whereas Choi was in charge of digital media & communication (DMC), a category that embraces the highly lucrative smartphone sector. Ever since the reshuffle was announced, attention has been focusing on whether Samsung will appoint Choi’s replacement, or whether Kwon will fill in.

As Samsung Electronics CEO, Choi had several DCM-related offices and centers under him. These saw him oversee a diverse range of interests including intellectual property, collaboration with partners, global marketing, global production technology, DCM R&D and software.

The company said on Sunday most of those same institutions have been distributed among three heads of DMC subdivisions. They are Yoon Boo-keun, head of consumer electronics, Shin Jong-kyun, head of IT and mobile communication, and Yoon Ju-hwa, chief financial officer.