Baldwin, photographer get in scuffle

Baldwin, photographer get in scuffle 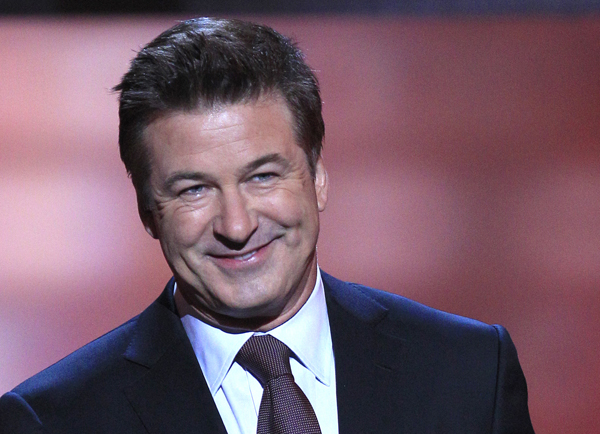 
NEW YORK - Another anger mismanagement allegation has arisen against Alec Baldwin, this time on his way to the altar.

A newspaper photographer filed a complaint with police Tuesday accusing the "30 Rock" star of punching him outside a marriage license bureau.

No charges had been filed, and the actor denied throwing any punches.

Daily News photographer Marcus Santos said Baldwin became enraged as he and other photographers were snapping pictures of the 54-year-old actor and his fiancee, Hilaria Thomas, outside the lower Manhattan office where marriage licenses are obtained.

Santos told the newspaper, "I knew he was going to attack me. I stepped back, and he kept coming." He claimed the actor shoved him before punching him "one time, right in the chin."

A statement on Tuesday from Baldwin's publicist accused the photographer of being the aggressor.

As Baldwin and his fiancee were leaving, a person "walking in front of Alec positioned himself to obstruct the view of a photographer aggressively trying to shoot the couple," the statement said. "The photographer was clearly frustrated, pushed past the bystander and assaulted Alec with his camera. There were no punches thrown, and any subsequent physical contact was simply Alec protecting himself."

Photos on the newspaper's Web site appear to show Baldwin shoving the photographer.

A New York Police Department spokeswoman confirmed the allegation was under investigation.

Last year, an American Airlines flight was delayed by Baldwin¡¯s refusal to stop playing a cell phone game, and he was kicked off the plane. Baldwin later asked for forgiveness from fellow passengers but stopped short of apologizing to the airline or the flight attendant he later mocked on Twitter.

Baldwin posted Tuesday on Twitter: "A 'photographer' almost hit me in the face with his camera this morning." He also said paparazzi should be "waterboarded." AP