Talk is, Ko So-young may be on show

Talk is, Ko So-young may be on show 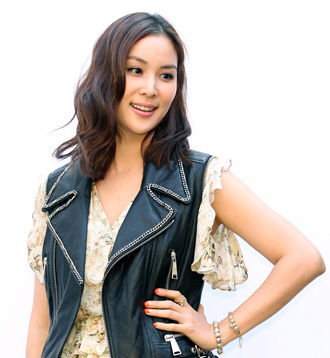 Actress Ko So-young may appear on the talk show “Healing Camp” in the near future, breaking a two-year hiatus from talk shows since she got married.

Ko has always been a private person, even before marrying Hallyu actor Jang Dong-gun, thus the public is eagerly awaiting confirmation that she will indeed take part in the talk show that has a reputation for causing guests to shed a tear or two as they discuss their past.

Previously, Ko had said during an interview that she “enjoyed ‘Healing Camp’ due to the show’s depth.”

Of late, the star has been asked to take part in various talk shows, but because she likes “Healing Camp” best, she is in talks with the network about starring in an episode.

Insiders say that Ko would talk candidly about her life with Jang and baby, among other things.

Ko’s last movie was in 2007, when she starred in “Project Makeover.” Since then, she has mainly taken part in minor TV projects and dedicated herself to being a homemaker and raising her son.

She is currently the face of various beauty products.