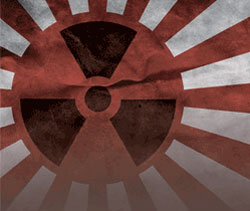 The Tokyo Shimbun, a leading Japanese newspaper, reported yesterday that lawmakers in the upper house of Japan’s Diet passed an amendment to the country’s Atomic Energy Basic Law to allow the use of nuclear power for “national security.”

The revision Wednesday is raising speculation that the move would act as a threat to regional security in Northeast Asia, including Korea, and could lead Japan to build nuclear weapons.

According to the Japanese newspaper, the upper house of the Diet passed a revision of the country’s Atomic Energy Basic Law, legislation that outlines the use and safety regulations of nuclear energy, by adding a new statement in Chapter 2 that governs basic policy.

The bill is aimed at creating an independent nuclear regulatory body following last year’s atomic disaster at the Fukushima nuclear plant, but the clause may pave the way for Japan to produce nuclear weapons, the Tokyo Shimbun reported.

It is the first time in 34 years that the law has been revised, and the revision wasn’t publicized or widely discussed in advance. The statement defines the purpose of nuclear energy usage in Japan as supporting national security, protecting peoples’ lives and health, and preserving the environment.

Previously, the law has limited the use of atomic energy to peaceful purposes only.

Japan’s Atomic Energy Basic Law states that “research into, development and use of nuclear energy shall be limited to peaceful purposes .?.?. and the import, export, possession, etc. of nuclear fuel shall be subject to regulations for control purposes.”

Japan signed the 1968 Treaty on the Non-Proliferation of Nuclear Weapons in 1976 and also the 1979 Convention on the Physical Protection of Nuclear Material in 1988, according to a report by the Organization for Economic Cooperation and Development on nuclear legislation in member countries.

The Diet’s latest move has stirred criticism from civic groups and scholars in Japan.

Japan’s Chief Cabinet Secretary Osamu Fujimura, however, denied the suspicion. He told reporters yesterday that the bill “emphasized the peaceful use of nuclear power plants.”

“We are closely monitoring Japan’s move,” said an official from Korea’s Ministry of Foreign Affairs and Trade. “It’s too early to make a hasty conclusion that Japan has started to arm itself with nuclear weapons.”