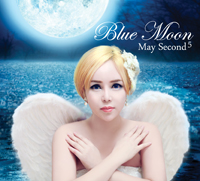 May Second makes her unique musical style more distinguished through the release of her fifth album, “Blue Moon.” Various genres, including classic, jazz and tango music, gather together in one album, creating a harmony that feels dreamy.

The album’s 15 tracks were created as if unfolding into a fantasy movie. Starting from a calming yet bright introduction, reaching a climax with passionate tango and ending with peaceful and dreamy instrumental sound, the album walks listeners through a complete emotional experience.

As one of the few Korean, new-age, female artists to take a stab at the Korean pop music industry, May Second’s lyrical music has been unrivaled for years. With her unique and mysterious musical style, she is sought after not only by music fans but also producers of TV commercials and dramas.

Avoiding the typical pitfalls of Korean pop, May Second’s unique composition seems to fill a void in the Korean music scene left by the largely formulaic pop groups. 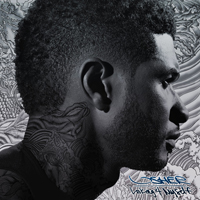 There was almost no doubt that Usher would score his fourth No. 1 spot on the Billboard 200 album chart last week with his seventh album, “Looking 4 Myself.” But it seems like the R&B superstar took some risks on this one compared to his sixth album, “Raymond v. Raymond,” that won him a Grammy, as some of the new songs don’t quite live up to expectations.

Usher’s signature falsetto vocals are definitely good to hear in the majority of the tracks, including “Climax” or “I Care for You.” But Usher’s more seductive side, revealed in songs like “Scream” with lyrics that stir up the imagination (“I see you over there so hypnotic / Thinkin’ ’bout what I’d do to that body”) is a good change.

Usher said that he was inspired by the eclectic acts he saw at Coachella, including Euro-disco champs Swedish House Mafia, who produced two songs for this album, and Aussie synth-rockers Empire of the Sun, who feature in the title track “Looking 4 Myself.” The slower songs like “Lessons for the Lover” or “Dive” seem to drag, but overall, longtime Usher fans won’t be disappointed. 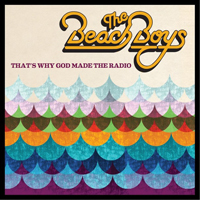 “That’s Why God Made the Radio”

There’s a fine line between recreating your timeless signature sound and becoming a nostalgia act for your own music. It happens so much these days with older artists and their numerous comebacks, but not the Beach Boys.

The band reunited earlier this year for their 50th anniversary: They’re on a major tour and now they have a new album. “That’s Why God Made the Radio” has a retro sound as if they were following up their seminal 1966 album, “Pet Sounds.” It even ends on a suite of songs like the original does.

That baroque-pop classic gave us such hits as “Wouldn’t It Be Nice,” and the haunting “Caroline, No.” And while this new collection of songs may not hold an aesthetic candle to that great record, it does have some really catchy tunes. Tracks like “Shelter,” and “Daybreak Over the Ocean” feel more like newly discovered tracks from a session 40 years ago instead of being recorded last year.

Maybe that’s because Brian Wilson came back to the band after his decades-long absence. AP