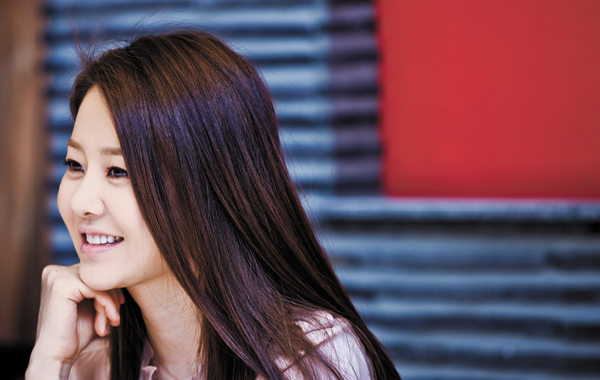 
Actress Ko Hyun-jung returns to the big screen in the new action/comedy “Miss Conspirator.” Ko has typically played the role of strong female figures in positions of power, most notably seen in “Queen Seondeok” (2009) and “Daemul” (2010), in which she played Korea’s first female president.

This time, however, Ko’s role has taken a 180-degree turn. In “Miss Conspirator” she plays a disoriented woman with a social phobia.

General reaction to the film after its first screening was not too enthusiastic. But despite the criticism, Ko’s stardom alone has attracted significant attention. The JoongAng Ilbo sat down with Ko on Wednesday to find out what she hides under her charismatic appearance.

In the middle of the interview she kept saying, “Am I doing this right? If not, let me know. Tell me if I am saying something strange.” Perhaps the timid role she plays in this film is not mismatching after all.

Q. Is this the first commercial film you’ve starred in?

A. Actually it’s just the first in three years. Last time was when I starred in “Actresses” in 2009. When I received the scripts for “Miss Conspirator,” I read them very carefully because the producers were close friends of mine. I felt like this was the last chance for me to play characters like Chun Su-ro. If I get older, I can’t play this kind of character anymore. So I took the chance. I’ve always played characters that are strong and have charisma. Chun Su-ro is a nerdy and timid character, which is fairly new to me. 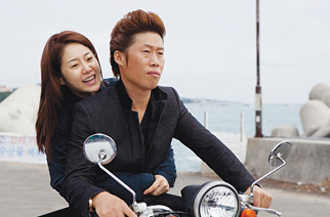 A still from “Miss Conspirator”

You’ve played mostly charismatic characters in the past?

Since my comeback to film and television following the divorce [with Chung Yong-jin, vice chairman of Shinsegae Group] people treated me like a real adult. I guess it is obvious because I’ve married and have children. But I felt like I was not yet a complete adult.

I was still immature and unskilled in certain aspects. But in order to live up to that image people have of me, I had to pretend to be a charismatic and a strong person. I simply had to remind myself to be strong. But this time it was difficult because I had to take out the timid side of me that was hiding inside.

Did you perhaps want to change the image people have of you through this film?


Did you find any similarities between you and Chun Su-ro, the character you played?

I think so, in some aspects. I do not have a social phobia, but I don’t really go out that often, either. That felt like a similarity. It was helpful in acting it out in the film.

There was a director change while it was in production. Were there difficulties while filming?

Yes, there were some difficulties we had to face during the production. Those difficult times strengthened me and gave me the sense of responsibility to endure to the end. It had to be finished, and we did it.

Was there any particular scene that was difficult to play?

Chun Su-ro is a disoriented person. If I exaggerate my actions it may seem prejudiced toward disoriented people. The difficult task I had was to act without giving people any uncomfortable feelings.