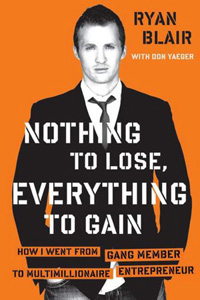 Nothing to Lose, Everything to Gain: How I Went from Gang Member to Multimillionaire Entrepreneur

Ryan Blair’s middle-class upbringing came to an abrupt end when his father succumbed to drug addiction and abandoned his family. Blair and his mother moved to a dangerous neighborhood, and soon he was in and out of juvenile detention, joining a gang just to survive. Then his mother fell in love with a successful entrepreneur who took Ryan under his wing. With his mentor’s help, Blair turned himself into a wildly successful multimillionaire, starting and selling three companies worth hundreds of millions of dollars.

This book will inspire and guide people who are willing to do whatever necessary - hard work, long hours, sweat equity - to take their vision from paper to pavement. Blair gives readers a road map for successful entrepreneurship. 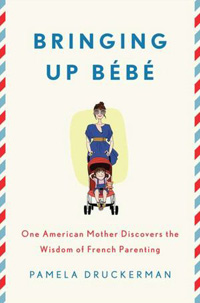 Bringing Up Bebe: One American Mother Discovers the Wisdom of French Parenting

When American journalist Pamela Druckerman has a baby in Paris, she doesn’t aspire to become a “French parent.” French parenting isn’t a known thing, like French fashion or French cheese. Even French parents themselves insist they aren’t doing anything special.

Yet, the French children Druckerman knows sleep through the night at 2 or 3 months old while those of her American friends take a year or more. French kids eat well-rounded meals that are more likely to include braised leeks than chicken nuggets. And while her American friends spend their visits resolving spats between their kids, her French friends sip coffee while the kids play. 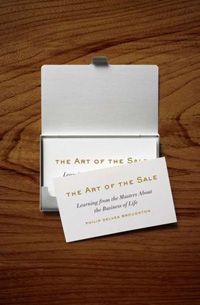 The Art of the Sale: Learning from the Masters About the Business of Life

When Philip Delves Broughton went to Harvard Business School, an experience he wrote about in his New York Times bestseller “Ahead of the Curve,” he was baffled to find that sales was not on the curriculum. Why not, he wondered? Sales plays a part in everything we do, not just in clinching a deal, but in convincing people of an argument, getting a job, attracting a mate or getting a child to eat his broccoli. Well, he thought, he’d just have to assemble his own master class in the art of selling. And so he did, setting out on a remarkable pilgrimage to find the world’s great wizards of sales.

Great selling is an art that demands creativity, mindfulness, selflessness and resilience; but anyone who says you can become a great salesperson in 15 minutes is either a charlatan or a fool. In Morocco, he found the master rug merchant who thrives in Kasbah by using age-old principles to read his customers. In Tampa, he met with Tony Sullivan, king of the infomercial, and learned the importance of a good narrative.