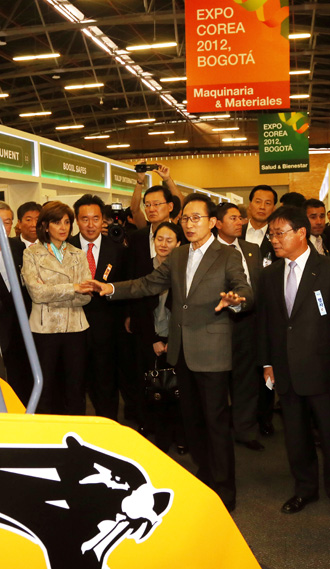 President Lee Myung-bak, center, pitches Korean-made products during a visit to an industry fair in Bogota, Colombia, on Sunday. Lee arrived in South America the previous day to make a final push for a free trade deal between the two countries. Korea and Colombia have been in the final stages of free trade negotiations that were launched in 2009. Officials said the two sides are close to a deal, prompting speculation that they could announce the conclusion during Lee’s three-day state trip. [YONHAP]