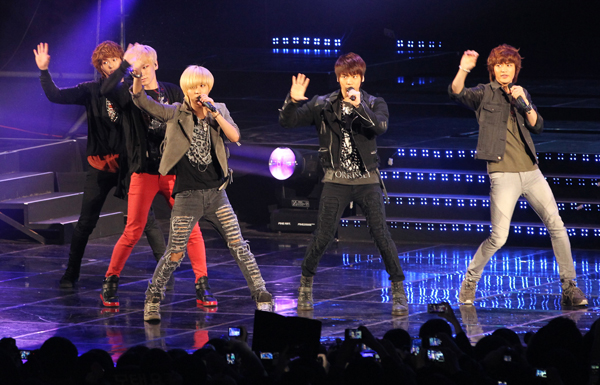 
SHINee got a mention on Grammy.com, the official Web site of the Grammy Awards, on June 25.

The music awards’ Web site included a picture of SHINee’s recent meeting with a terminally ill girl from New York with the caption “It's a dream come true for 15-year-old Donica Sterling, who meets members of Korean pop band SHINee on June 20 in Seoul, South Korea.”